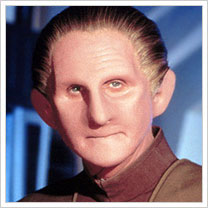 Rene Auberjonois played the shape-shifting Security Officer Odo on Star Trek: Deep Space Nine for all seven seasons of the show’s run. During a recent interview he looked back fondly on his time as Odo and praised the show’s creators Rick Berman and Michael Piller.

“It’s a tribute to Rick Berman and Michael Piller that they put it in Ira’s hands knowing what kind of writer he is and where he would take the show, so they deserve as much credit.” Auberjonois said.

“Michael Piller envisioned the character as a young Clint Eastwood type, I was quite different.” Auberjonois said, regarding the Odo character.

Auberjonois remains proud of his work on DS9, saying “It’s the gift that keeps on giving; Star Trek was always something that when I would see it I would envy the actors who got the chance to do it because for me it’s the perfect combination of doing something that has a serious message. Also for me it is the very definition of acting and theatre which is not being worried about something being realistic but being concerned with telling the truth, and that’s what Star Trek offers. It’s not realistic; it’s not even science fiction. But it tells the truth and the truth is what all artists should strive for.”

Odo and Kira’s farewell from the final DS9 episode “What You Leave Behind”:

Read the full interview with Auberjonois at Technorati.