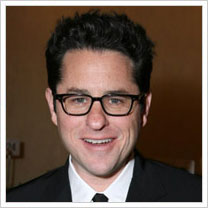 While promoting his new television series Person of Interest at the CBS Teen Choice Awards party on Sunday, Director JJ Abrams told MTV that the next Star Trek film will be about “starting over” and holding on to the things that worked in the first film.

On the topic of Star Trek 2, Abrams said “We met yesterday,” referring to his writing team of Roberto Orci, Alex Kurtzman and Damon Lindelof. “We had a big, endless meeting and I think we’ll have something to talk about very soon.”

“I think within the next month or so we’ll be able to tell you what’s going on and when and all that,” Abrams teased.

“We’re working really hard and this is all to make sure that no one — cast, crew, mostly the audience — isn’t disappointed by what we do,”

When asked about the difficulties of writing a follow-up to the 2009 blockbuster, Abrams said “The odd thing about the first one we did is it was already sort of a sequel in a weird way,”.

“You can’t just assume that everyone is going to love the characters because they are played by great actors, or they might have liked the first film. It’s really about starting over and at the same time, you really want to make sure you hold onto things that worked in the first one, so it’s the obvious stuff.” he said.