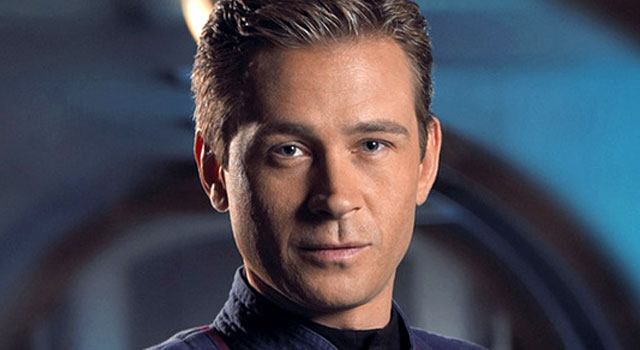 Connor Trinneer, who played Charles “Trip” Tucker for all four seasons of Star Trek: Enterprise, reflected on his time on the show during a recent interview saying it was “extremely satisfying”. Trinneer also talked about the death of his character and which of his former cast mates he still keeps in-touch with.

“To this point in my career, that has been the most satisfying experience for me, that and Stargate. It’s funny that they’re both sci-fi shows. But I loved both characters, and they were so drastically different from one another, as were the two shows.” Trinneer said of his time on Enterprise.

“Do I miss Enterprise? You don’t really want to miss things. You don’t really want to go back. You want to look forward to what’s next. But it was an extremely satisfying experience that we’d all have loved to have lasted longer. It didn’t. That’s life. We’re actors. Get over it. Move on. But it’s nice to know that I was involved in something that gave a lot of satisfaction – and continues to give a lot of satisfaction – to people.” he continued.

“I thought we got a lot out of him because they gave him a lot of rope to hang himself with. I think that they would have explored that relationship with T’Pol more. I think there was a lot to harvest in that one and I think you would have seen a lot more of that.” Trinneer said regarding what more could have been explored with his character. 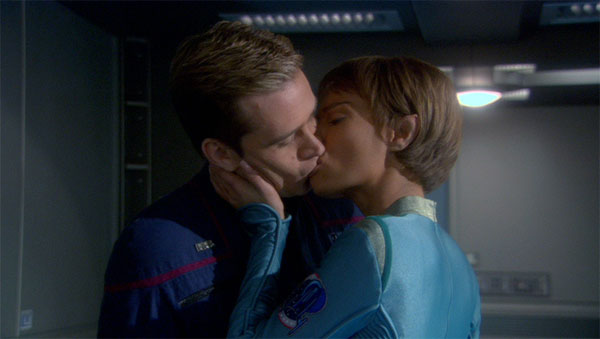 He went on to discuss the mirror universe episodes of Enterprise, saying “A lot of people liked those Mirror, Mirror episodes, which I hated. And you might have seen more of that, those throwback episodes, because people liked them. I tell a story about that in the Q&A’s at the conventions. I walked in and did my take on how this guy was supposed to be and the director (James Conway) said, “I want him to be a little gruffer.” I said, “You mean, like a pirate?” And he said, “Yeah, do it like a pirate.” So I was like, “Arrggghh, arrrgghhh, arrrggghhh.” I did the scene and he went, “Cut. Print.” I said, “No, I was kidding.” He said, “No, it’s great. That’s what we’re doing.” So, the entire time I was like, “That’s not what I meant.” I’d say, “Come on, Jim!” But I think you would have seen more of that throwback stuff.”

“…when I read the script, basically half of it was about the death of Trip and his role in continuing on this necessary event that was to occur. I was totally satisfied with it. I know other people weren’t, but I was satisfied with it as an actor because there was a lot to do, a lot going on.” Trinneer said. “They were talking about their feelings about that character and all that. I know that people had their opinions about bringing in The Next Generation people. Hell, I loved working with Jonathan Frakes and I wished I could have done it more. I loved the guy. I didn’t care in regard to how they were going to sew it up. I was really happy with my involvement as a character in it, if that makes sense.” he continued.

He went on to discuss which of the cast mates he keeps in-touch with, saying “Dominic and I used to live right near each other, but my wife and I moved to be closer to our son’s school. But I’m in contact with Dominic all the time. I talk toLinda (Park) every now and then. I see her every now and then. I see John (Billingsley) and (his wife) Bonnie on occasion. I think the last time I saw Anthony (Montgomery) was in Las Vegas. The last I heard from Jolene (Blalock), she’d gone to see a play I did. I haven’t seen her in quite some time, so I don’t really know what’s going on with her. Scott (Bakula) has a Christmas party every year, so we all get together then. Unfortunately, I missed it this year because we were all sick. The good thing is that maybe we weren’t together long enough to get annoyed at each other. So when we see each other, it’s nice to see everybody.”

You can read the entire interview with Connor Trinneer at StarTrek.com.

In this article:Interview, Star Trek: Enterprise