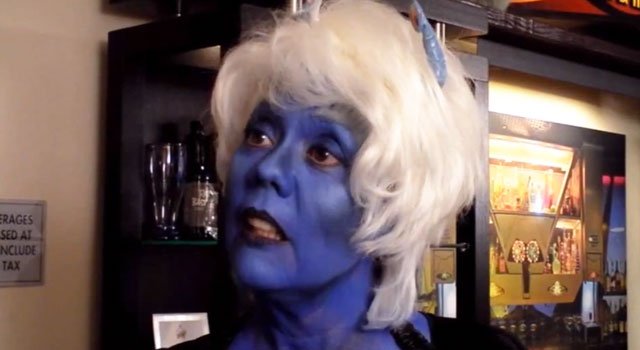 Star Trek: The Experience, the Star Trek themed attraction inside the Las Vegas Hilton closed its doors on September 1, 2008, after ten years of operation. While the attraction has been closed, several of the actors who previously portrayed a variety of Starfleet officers, Klingons, Borg Drones, Ferengi, Andorians and other aliens have kept the spirit of The Experience alive through social media, fan-made documentaries, Facebook pages, podcasts and now, a viral video.

Posted to Youtube on Monday, by Star Trek: My Experience Editor Vernon Wilmer, the video stars April Hebert reprising her role of Commander Tahryn. In the video Tahryn is dragged back to the 21st century to a recreation of The Experience inside a fan’s home.

Description from the Star Trek: My Experience Facebook page:

In this special video made just for the 2011 convention, Commander Tahryn is dragged back through the temporal rift by curious fans at a homemade “Star Trek The Experience” shrine and quizzed on the whereabouts of her alien colleagues. She’s back, and she’s pissed! Watch out pinkskins…

Watch the video below: