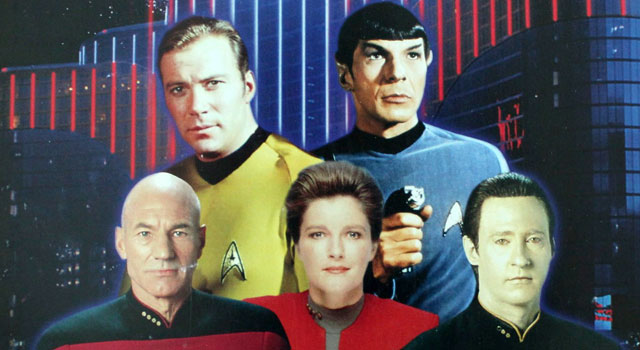 Creation Entertainment’s Official Star Trek Convention Convention kicks off in Las Vegas this Thursday and runs through through Sunday at the Rio Suites Hotel & Casino, celebrating the franchise’s 45th anniversary.

As this is a high volume event, it is advised that guests who have yet to purchase their tickets arrive early to ensure entry.

A full schedule of events and photo ops/autograph sessions and their prices are available at Creation’s website.

If you cannot personally attend the event, never fear. As with recent cons, panels may be viewed live via streaming on StarTrek.com for $6.99 each.

Also, be sure not to miss the TrekNews “Spockstar” party hosted along with DVD Geeks and Larry Nemecek’s Trekland on Thursday from 8 p.m. – 11 p.m. at McFadden’s Restaurant and Saloon.

Look for more news and coverage as it occurs from your source for everything Trek, TrekNews.net.