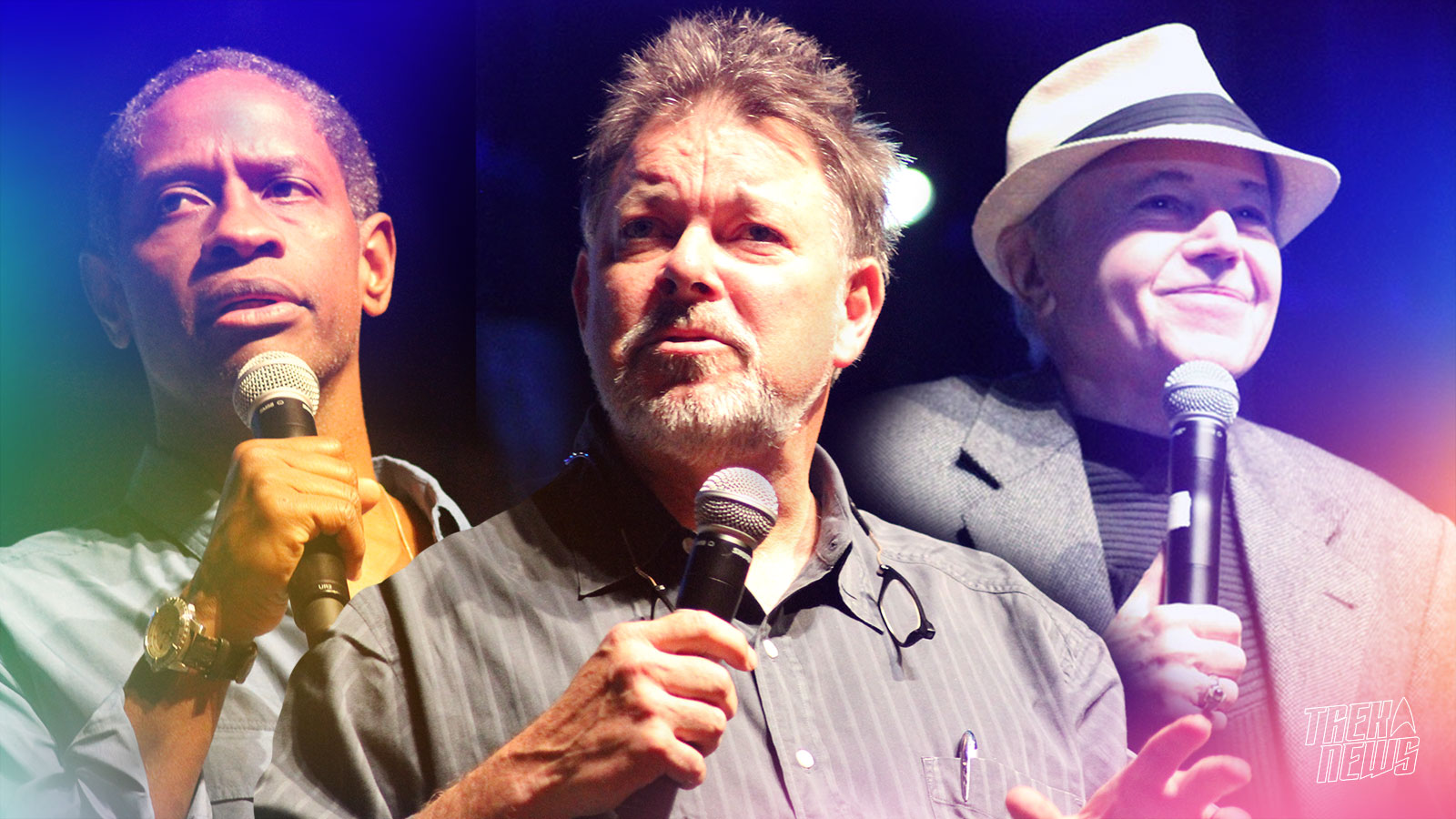 Next up was Star Trek’s original Pavel Chekov, Walter Koenig, who took the stage to thunderous applause. Koenig thanked all of the fans in attendance for demanding that he receive a star on the Hollywood Walk of Fame. He told the crowd he was “so grateful” for the opportunity to play Chekov. He discussed his time on the show and the movies and told the fans Star Trek IV: The Voyage Home was his favorite of the films, because of it’s environmental message. Koenig seemed sincerely appreciative of the Star Trek fans and the celebrity that the franchise has afforded him.

Tim Russ was up next and discussed his time as Tuvok on Voyager and his recent work on the acclaimed fan film Star Trek: Of Gods and Men. Russ, who, in addition to his acting ability, is a talented musician, went on to discuss the parallels between acting on television and playing live music. He said he currently prefers playing music but enjoys both artistic outlets.

Russ went on to to say he’s recently been pitched three different ideas for new Star Trek television series that could incorporate him as Tuvok, which definitely got the attention of the crowd.

Rene Auberjonois and Nana Visitor, who played Odo and Kira, respectively on Deep Space Nine performed Cross Our Hearts: Poems and Prose live on stage prior to answering questions from the audience. The duo recalled their time on the series and the lasting impact the Kira/Odo relationship had on fans. Visitor told the fans that she cried for weeks leading up to the series finale “What We Leave Behind”. Auberjonois said he felt it was strange for Odo to say “goodbye” wearing a tuxedo—suggesting the character would have preferred to wear his uniform.

Eugene “Rod” Roddenberry, son of legendary Star Trek creator Gene Roddenberry and Majel Barrett-Roddenberry, took the stage in the afternoon. Rod talked about his mother and father, saying he wished they could be here today to celebrate the 45th anniversary of the Star Trek franchise.

“Last week would have been my mother and father’s 42nd wedding anniversary” he remarked. Rod went on to discuss some of his current projects, including the Roddenberry Dive Team, his upcoming Science Channel documentary Trek Nation, Gene’s Journals and the Roddenberry Foundation.

Astronomer Inge Heyer presented “A Journey Through The Universe with the Hubble Space Telescope”. During the session, Heyer discussed the 20 year history of the telescope along with other areas of astronomy.

Jonathan Frakes closed thing out on Friday with a hugely entertaining look back on his days as Commander William Riker on The Next Generation. Frakes roamed through the audience who were seated in the theater as he answered questions. He joked about being upset Brent Spiner‘s face was on the convention poster and his wasn’t, along with a few jabs at his other series co-stars Patrick Stewart and Michael Dorn. Frakes had an amazing comedic connection with the fans and seemed to be truly enjoying himself. From his short time on stage (and in the crowd), the qualities that endeared him to us as Riker are still visible today.

For more Star Trek Las Vegas updates throughout the day, follow us on Twitter and Facebook. Be sure to check back all weekend as we’ll be reporting the events of each day here on TrekNews.net.