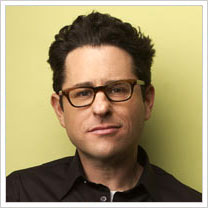 A new Star Trek TV series is something fans have been clamoring for since the cancellation of Enterprise in 2005. In a recent interview, JJ Abrams was asked about the possibility of Trek’s return to the small screen with himself along with the Bad Robot crew at the helm.

“I don’t know,” Abrams said. “It’s never really come up, frankly, but depending on what that would sort of be and how it would be done I’d be open to the idea of it. Right now we’re just sort of focusing on making a movie that’s worth people’s time.” he continued.

Fresh off the success of his summer hit Super 8, JJ Abrams is hard at work on the next Star Trek film.

Aside from the fact that the cast of the 2009 blockbuster will be reunited, not much is known about the next film at this time. However, Abrams seems very positive about its direction.

While Abrams has yet to officially sign on as director of the next Star Trek film, most industry insiders expect that it’s inevitable. He promises news regarding the film is on its way.

“I’m excited. We’re working hard. We’re very close and I hope to have something to talk about concretely soon. I do feel like if ‘Trek’ happens as we hope that it will, it will be a fun return to that group of people, because it’s an amazing group.” said Abrams.

In this article:JJ Abrams, Star Trek Into Darkness, TV