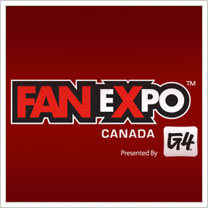 Celebrating its 17th year, the annual gathering will be playing host to several Star Trek personalities.

William Shatner will host a special screening of his documentary The Captains on Sunday August 28th. He will also be signing autographs and will be available for photo ops that day.

While advance tickets are sold out, single-day passes will be available at the box office for same-day purchase.