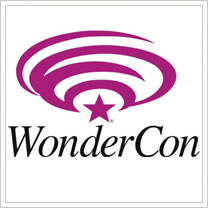 Comic-Con International confirmed today that WonderCon will be moving to Anaheim, California next year, due to the continued construction at the Moscone Center in San Francisco.

WonderCon will be held at the Anaheim Convention Center March 16-18, 2012.

This will mark the first time WonderCon has been held outside of San Francisco Bay Area, since its inception in 1987.

“It certainly was not our wish to move,” said David Glanzer, Comic-Con International’s director of marketing and public relations in a statement. “However, when faced with the prospect of canceling the show for a year or moving locations, after careful consideration we decided to keep WonderCon on the 2012 calendar at a venue that could accommodate our needs.”

With WonderCon changing dates and locations, organizers of C2E2 and Wizard World have shifted the respective dates of their upcoming conventions, so not to conflict with the event.

William Shatner, Leonard Nimoy, Chris Pine, Zachary Quinto and JJ Abrams have all appeared at WonderCon in recent years. We’ll have information on the 2012 guest list as we approach the event.

In this article:Conventions and Events