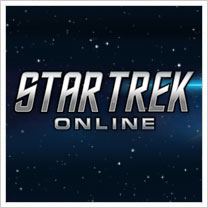 Star Trek Online‘s Executive Producer Dan Stahl answered several questions during this month’s installment of Ask Cryptic. Stahl answered questions from players on Cryptic’s plans to transition STO to a free-to-play model along with several other questions regarding the future development of the game.

Currently, the game offers several premium playable species, which players can purchase at an additional fee. Cryptic plans to overhaul this model in the near future.

“Basically, we no longer plan to sell playable species when we go F2P (and will most likely stop selling them prior as well). Premium playable species such as Liberated Borg, Caitians, Klingon Fed, and Joined Trill will not be sold but will instead remain premium rewards for either lifetime membership, veteran rewards, or unlocked via some other in game mechanism.” Stahl explained. “In addition, some species such as Fed Ferengi, Rigelian, Tellarite, and Pakled will become free additional default species. If we introduce new species in the future, they will most likely be tied to unlocking some achievement or special reward in game, but the details are TBD.” he continued.

Players can anticipate some minor aesthetic user-interface changes as well, before it goes free-to-play later this year.

“We do plan to overhaul major portions of our UI although we will not be changing the HUD that much. The big changes coming are for in game Help, the Mission Journal, and Queues. In addition we are adding a new in game event list and calendar. So while our UI update will not be as radical as Champs was, we are taking the opportunity to address issues that trouble new players.” said Stahl.