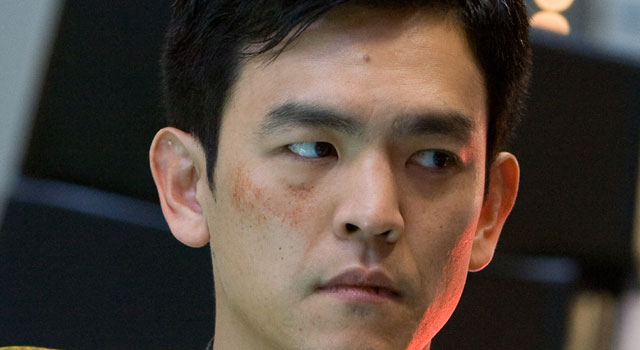 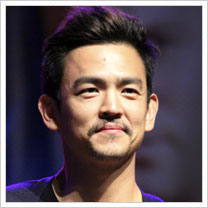 John Cho took over the role of Hikaru Sulu from George Takei for the reboot of the franchise. Recently he discussed the 2009 film along with the upcoming sequel. During the interview, Cho talks about getting to know Takei, his level of satisfaction with his own portrayal of the Sulu character and his hopes for the next movie.

“He’s always been a hero of mine. He’s the one that brought me into Star Trek, as a kid.” Cho said regarding George Takei. “I think every person of color in America knows what I’m talking about. When you’re switching the channels and you see someone who looks like you, you freak out. Especially in the 1960s and 1970s and even the 1980s, there just weren’t as many faces of color on television as there are today.” he explained. “So, George is someone who’s been a hero and been on my radar ever since I came to this country. So being connected to him in this way is a real honor.”

“Sulu’s battle was external in the first one, and I think it’d be interesting to see him have an internal battle of some sort.”

Cho discussed his level of satisfaction with the 2009 film and his role in it, saying “It is impossible for me to be objective. But I can only tell you what my reaction was. I was just screaming the first time we screened the movie. It was on the Paramount lot. The main cast was there and everyone was going nuts, as I was. I kind of forgot that I was in the movie. A lot of actors watch movies, watch themselves, in a very critical way and they start nitpicking. The movie was so exciting that I actually forgot to beat myself up. And I thought the guy playing Sulu was OK.”

“When I took the role I hadn’t read the script, even. said Cho. “I just knew that I wanted to be a part of it. I wasn’t sure how it’d juggle out. There were just a lot of characters to get to, it was a big story to tell, and I wasn’t expecting a huge arc. But that scene, the fight, was spectacular. It was something I hadn’t done before. It was new territory for me. So I was very happy with what I had, to answer your question.”

Cho went on to discuss his hopes for the next film, saying “Sulu’s battle was external in the first one, and I think it’d be interesting to see him have an internal battle of some sort. That would be fun for me, for him to struggle with a decision.”

In this article:Interview, John Cho