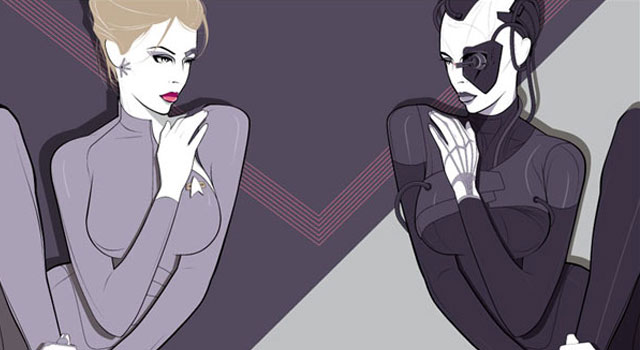 Designed by artist Craig Drake, the three prints feature Seven of Nine in two incarnations. The first (pictured right), “The Gift,” features Seven in her Starfleet catsuit after being separated from the Borg Collective.

The third (pictured below), features both versions of Seven facing each other.

As usual with the limited edition Mondo prints, a sell out of all three is expected in a matter of minutes. An announcement of the sale will be made through Twitter at a random time on Friday. You can follow at Mondo on Twitter at @MondoNews.