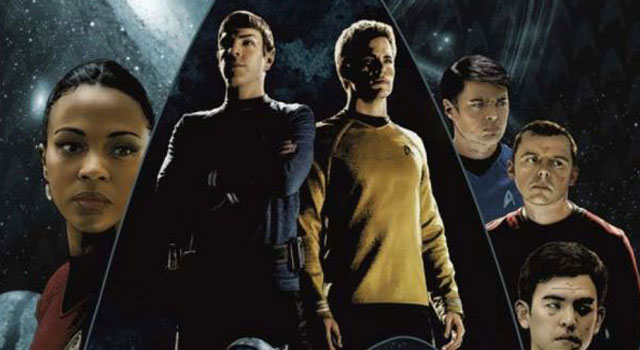 This new series will present classic tales from the Original Series as filtered through J.J. Abrams’ version of Star Trek, last seen in the 2009 film.

First up is a re-envisioning of the original series’ second pilot “Where No Man Has Gone Before.” Featuring the likenesses of Chris Pine, Zachary Quinto, Simon Pegg, Zoe Saldana and others, this comic is meant as a companion piece to the new films (and will hopefully help eager fans survive the wait until the next big screen release).

Star Trek #1 will be available for sale at your local comic shop or online from various retailers as of today, Wednesday, September 21.

The first issue is written by Mike Johnson with interior art by Stephen Molnar. The issue will ship with various covers by artists Tim Bradstreet and David Messina. 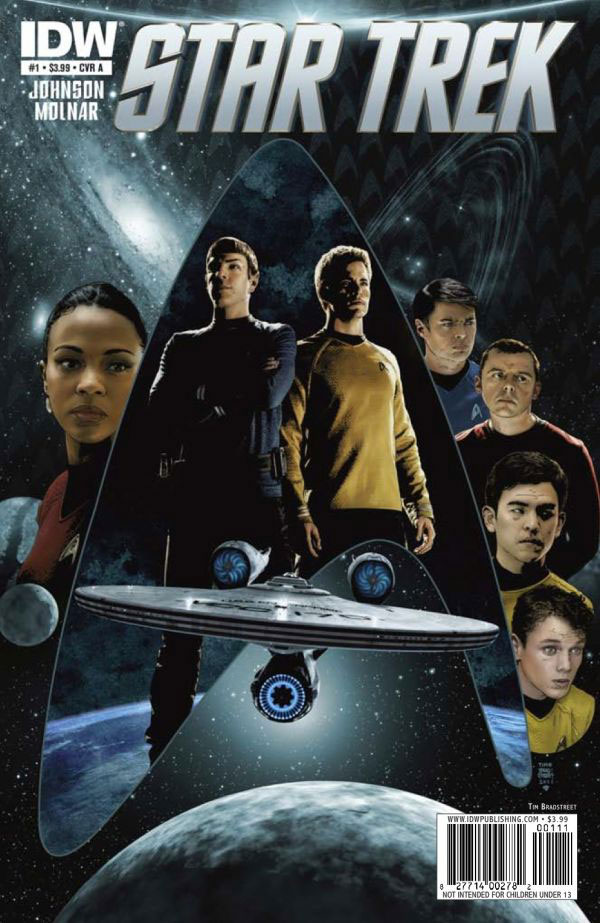 Mike Johnson (w) o Stephen Molnar (a) o Tim Bradstreet, David Messina (c)
The adventures of the Starship Enterprise continue in this new ongoing series that picks up where the blockbuster 2009 film left off! Featuring the new cast of the film, these missions re-imagine the stories from the original series in the alternate timeline created by the film, along with new threats and characters never seen before! With creative collaboration from STAR TREK writer/producer Roberto Orci, this new series begins the countdown to the much-anticipated movie sequel premiering in 2012. Join Kirk, Spock and the crew as they boldly go into a new future! Up first, a drastic new envisioning of ‘Where No Man Has Gone Before.’