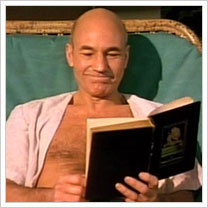 Ever since my parents gave me my first Batmobile, I’ve been hooked on collecting treasures based on my favorite fictional characters and universes. Star Trek ranks pretty highly on that list, and I’ve amassed quite an assortment of treasures from the twenty-third and twenty-fourth centuries.

While the action figures and miniature starships are certainly favorites, there’s a special place in my heart for the items that really seem as if they could exist in that far-flung future.

Aside from the obvious phasers and communicators, my favorite future artifacts are books. The publishing method might differ (you’d expect PADDs or computer memory in the 2300’s), but the text would be the same.

With that small concession in mind, I present the following list of Trek Tomes that you could easily see any Federation citizen enjoying: 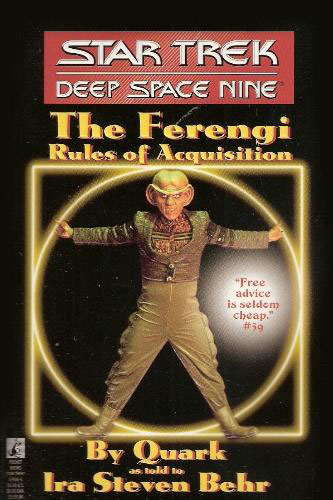 The Ferengi Rules of Acquisition

I’ll start with one of the few books on this list that I don’t actually have. Although this pocket-sized paperback doesn’t list all 285 rules (since they haven’t all been officially stated), it’s still a fun companion and an interesting read to flip through.

Each page has a single rule and any text beyond that is scarce. Most of us “hoo-mahns” probably couldn’t handle all that Ferengi wisdom in one place, but if you’re still looking for a comprehensive study of an alien culture, there’s always…

The Klingon Dictionary and Klingon for the Galactic Traveler

With these two textbooks, you don’t have to be a native of Qo’noS to speak the language of the galaxy’s most legendary warriors. As a Trek fan you probably know that yes, Klingon is a legitimate language that many people do actually speak; these books can make you one of those enlightened linguists. They also include some fascinating history and cultural information, making them an enjoyable read even for those scholars who have no intention of attempting a Klingon conversation at their next convention. That being said, they do make it easier to read… 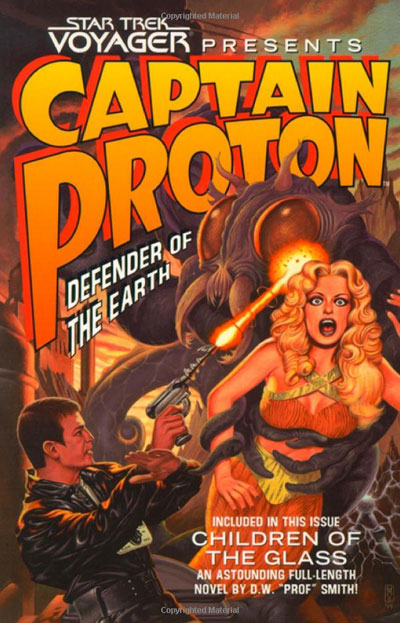 Another title that I have yet to add to my personal collection, this pastiche of classic sci-fi stories presents the “real” stories that Tom Paris based his classic holodeck programs on. The compilation contains a novel-length story as well as short stories and a letter column from the early twentieth-century science fiction magazine the stories “originally” appeared in. We’re still waiting for Hotel Royale and Dixon Hill, though. For those looking for a little non-fiction, we have some heavier reading with… 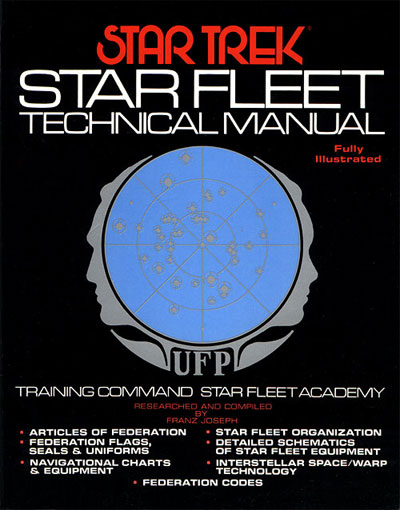 There are a number great books that fit this category, but each feels like something Montgomery Scott or Geordi LaForge would want at their fingertips; the former even assisted in the writing of one of them. For those interested in engineering and the study of starship design, we have: Mr. Scott’s Guide to The Enterprise; Star Trek: The Next Generation Technical Manual; Star Trek: Deep Space Nine Technical Manual; and the U.S.S. Enterprise Haynes Manual. All are fascinating reads and are chock-full of illustrations, diagrams, schematics, and explanations of everything from warp cores to bridge seating.

Somehow more comprehensive AND more focused is Franz Joseph’s Star Fleet Technical Manual. This classic read zeroes in on the original series and lays out the inner workings of that time period in great detail. It includes logos and insignia, hand phaser cross-sections, uniform sewing patterns, and the layout for Fleet Headquarters.

This is only a sampling of the many Trek books that fit the criteria of Actual Future Literature. There are many more to find and enjoy (I’m personally curious to read the Starfleet Survival Guide).

I hope some of you will discuss your favorites in the comments below; I’m always looking for new books to add to my own “Library of the Future.”
“Federation Follies” is a weekly humor column by Willie Laundrie II, taking a look at the lighter side of Star Trek.