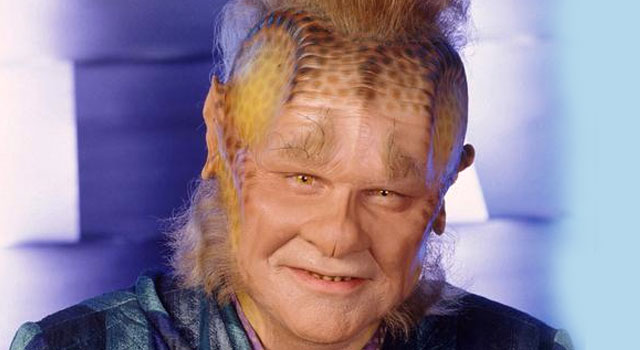 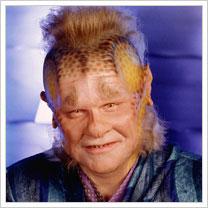 In a recent interview, Phillips discussed the evolution of the character, his place on the show and his time on Voyager.

“Neelix began life on Voyager as sort of a roustabout,” said Phillips. “I wouldn’t necessarily say that he was a nefarious guy, but he certainly was involved in his share of shady dealings, as we found out when he met up with his old pal Wixiban [James Nardini] in the episode “Fair Trade.” However, in the show’s seven years he changed and became somebody who wanted to take more pride in his accomplishments.”

In Voyager’s pilot, “Caretaker,” Neelix was welcomed aboard along with his Ocampan partner, Kes. In later seasons, Neelix would create bonds and relationships with other characters, including Tuvok, Captain Janeway, Seven of Nine and Naomi Wildman.

“Neelix had a big heart, you know? He was like a life-size teddy bear with a fierce determination to be of service. That can sometimes be a little obnoxious and, quite frankly, a bit freakish. However, I’d like to think that’s something I would strive for in my own life; to have the altruism, empathy, and compassion Neelix had. He really enjoyed being a do-gooder.” Phillips continued.

“As an actor, you’re so close to your character that sometimes you’re really not conscious of his or her story arc or where it’s headed. That was true of me with Neelix. I’m not even sure what the writers saw when writing for him.” noted Phillips.

“They just came up with their stories and if Neelix featured heavily in one then that was great. If he was featured in an episode where he had an awakening of sorts, then that was all the better. I wouldn’t say that he was an individual who was heavily focused on during Voyager’s seven seasons. Neelix was more of a secondary character on the program.”

“At times, he was comic relief, other times he was almost non-existent. There were blocks of shows where you barely saw him, but he certainly had some strong episodes.” said Phillips.

Phillips went on to discuss the the Neelix character and the story arcs he was involved in.

“I think they did a good job with my character. I would’ve liked to have, perhaps, developed more of an outlandish sense of humor with Neelix. Yes, he became part of Voyager’s crew, and that was fine.  However, it would have been fun to have seen him, not just by virtue of his looks but by his behavior, be a bit different or a little more alien. I’m talking funnier, wackier and slightly stranger.”

“That may have been up to me to do, who knows? Then again, I have no problem taking any cues I’m given and going with them. It’s difficult because sometimes you really don’t know where your responsibility with your character begins and ends. I regret not having made more of a mark than I did with Neelix, but having said that, I feel that he’s a fine addition to the pantheon of Star Trek.”