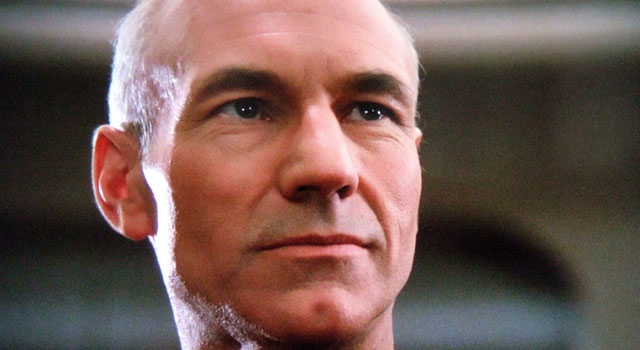 CBS officially confirmed today that Star Trek: The Next Generation will be released in high-definition on Blu-ray, beginning with a sampler disc in January 2012. This release will commemorate the 25th anniversary of the series.

The sampler disc will be called Star Trek: The Next Generation — The Next Level and will include the episodes “Encounter at Farpoint,” “Sins of the Father,” and “The Inner Light” which we previously reported.

The disc will be available on January 31, 2012, slightly later than originally rumored. The disc has a suggested retail price of $21.99.

“Fans have been clamoring for a high-definition release of Star Trek: The Next Generation,” said Ken Ross, Executive Vice President and General Manager of CBS Entertainment. “Transferring the series to high-definition presented difficult technical challenges, but our team has come up with a process to create true 1080p HD masters with true HD visual effects. We can’t wait to show fans how pristine the series looks and sounds with our upcoming Blu-ray releases.”

CBS also plans to release all 178 episodes of TNG on Blu-ray, beginning with the first season, later in the year.

The episodes for each release will be transferred to true high-definition 1080p from the original film negatives, which CBS has pulled from 25,000-plus reels of footage. The episodes will also feature 7.1 DTS Master Audio.

Longtime Star Trek figures Michael and Denise Okuda will act as consultants for the project.

Check back for more information on the release of Star Trek: The Next Generation in high-definition, here at TrekNews.net.