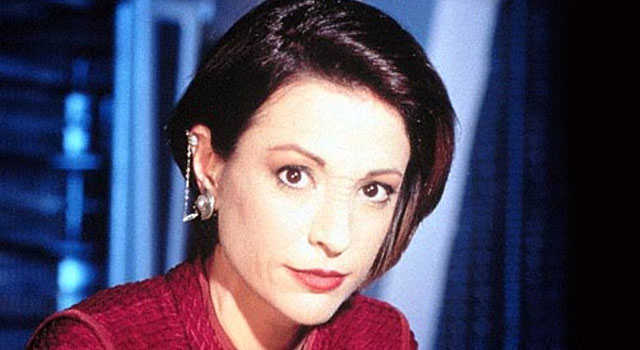 During the interview, Visitor talked about revisiting Deep Space Nine in an online environment, saying “I think it’s appropriate, because Deep Space Nine has a lot to say about our worries and our worldly problems right now. Certainly, to be able to condense those feelings down and play them out in a game, I think that serves a purpose.”

Discussing DS9’s return in the game, Auberjonis said “I would think that Deep Space Nine of all the Star Trek manifestations is the one made for this kind of game, because of the wonderfully complex political and military conflicts that happened within that universe.”

“So I’ll be very excited to see how comes together. I’m sure it will draw people to this world, the Star Trek world who maybe had not experienced it and will bring a whole new audience to it.” he continued.

The free-to-play browser-based Star Trek: Infinite Space is scheduled to be released later this year.

Watch Visitor and Auberjonis discuss the game in the video below.

Read more about the game at startrek-is.com.