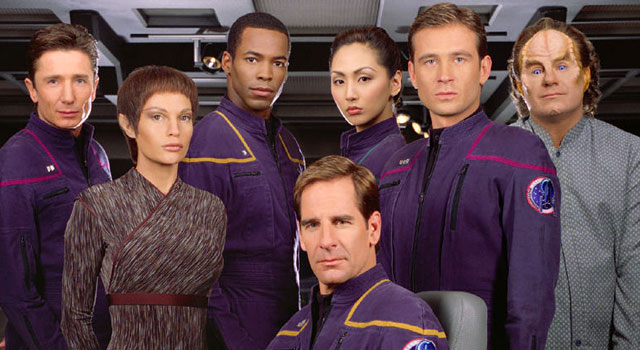 For most fans 2011 will be remembered as the 45th anniversary of Star Trek: The Original Series. However, this year is also of significance to another Star Trek series.

Back in 2001, 12.5 million viewers welcomed Enterprise when it premiered UPN. To commemorate the 10th anniversary of the show, here are some of the collectibles that helped introduce the world to the newest version of Star Trek.

Art Asylum’s inaugural line of Star Trek action figures was for Enterprise.  Eventually, the Art Asylum/Diamond Select Toys line of 7” figures would number more than 100 items.  The Enterprise line included two versions of most of the crew (away team suits and regular Starfleet regalia), and Shran, Silik, Klaang, and a Naussican. Deluxe version Jonathan Archer, T’Pol, and Malcolm Reed action figures included a section of the NX01 bridge with sounds.

There was to be a third line of Enterprise figures from Art Asylum that would have included a Travis Mayweather Deluxe Action Figure, a Hoshi Sato in standard Enterprise outfit, and Dr. Phlox in standard medical outfit, yet the line was cancelled before the figures were available. Photos of the prototypes are available at the New Force Comics Star Trek Action Figure Reference. 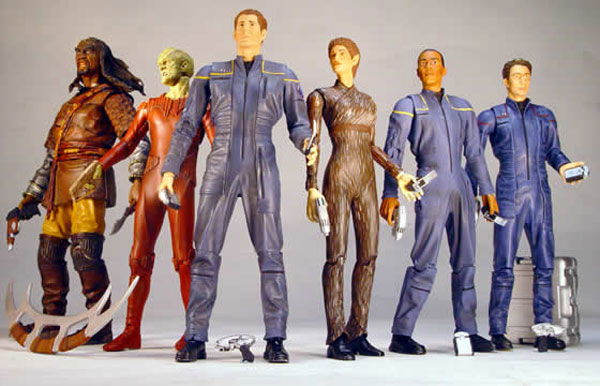 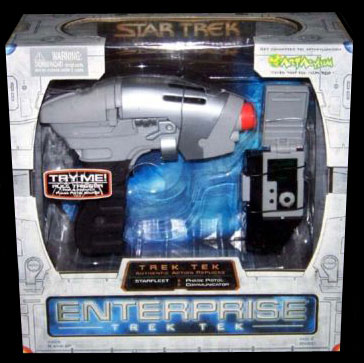 The NX-01 Enterprise has been released in a variety of versions during the past decade.  The first was the Art Asylum toy ship which was a very detailed model with lights and sounds. Mirror Universe and Battle Damaged variants followed.  From 2004 to 2008, Johnny Lightning also released the NX-01 in its small toy line in various forms. The NX-01 is also available from Round 2/Polar Lights as a model (which could also be reconfigured as the Columbia). During 2009, Hot Wheels released the NX01 in what the company calls their 1:50 scale line. 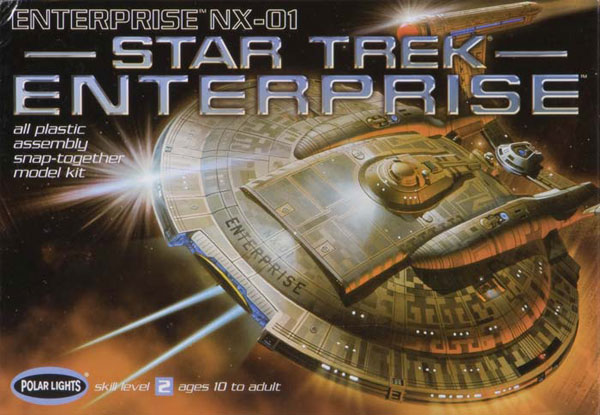 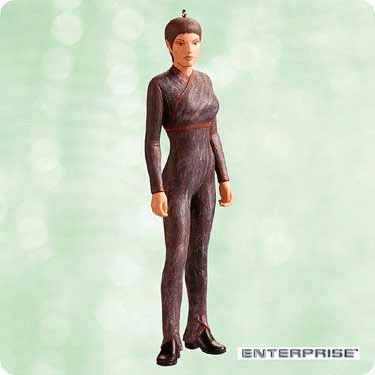 RELATED: Trek the Halls This Holiday Season with New Ornaments from Hallmark [Video]

The music from “Broken Bow” was released on CD in 2002 featuring music from Dennis McCarthy, including the excellent, yet rarely heard, end credits “Archer’s Theme.” 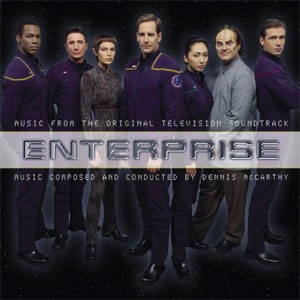 As with all versions of Star Trek, Pocket Books has released and continues to release various Enterprise EU books.  Enterprise is also featured in Star Trek 101 the episode guide for newer fans and the Star Trek U.S.S. Enterprise Haynes Guide from 2010. To date, there has never been an Enterprise comic book, the only version of Star Trek for this to be true.

There is a Jonathan Archer 4” bust from Diamond Select Toys. 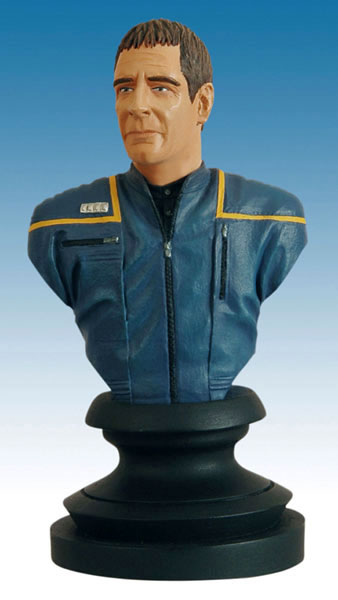 Rittenhouse Cards released sets for each of the four seasons of Enterprise, and the entire cast signed autograph cards. There have also been some Rittenhouse trading card sets that feature all versions of Star Trek together, such as the 40th Anniversary cards, and Enterprise is of course included.  The Danbury Mint’s gold cards also have Enterprise cards.