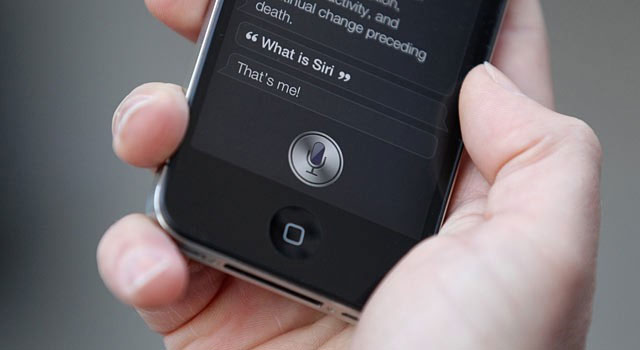 The new phone includes a variety of upgrades from it’s predecessor, the iPhone 4, including an upgraded camera, doubled processor speed, doubled power, plus the ability to work on CDMA and GSM networks.

While few were blown away by yesterday’s announcement, hoping for an iPhone 5, one of the handful of new features has quite a few people talking and the internet buzzing.

That feature is called Siri — Apple’s voice control artificial intelligence, which will allow users to speak to their phone to send text messages, check the weather, schedule meetings and place phone calls.

This new feature allows user’s to speak to their mobile phone as they would another person — Reminiscent of countless sci-fi films and TV shows, including Star Trek.

Unfortunately, the voice of Siri will not be that of Majel Roddenberry, as it was on Star Trek: The Next Generation, Star Trek: Deep Space Nine and Star Trek: Voyager. Instead, the standard computerized female voice on current iPhones will handle the interaction with it’s user.

Another feature of Siri is it’s ability to take dictation. So, instead of typing, the user can say what they’d like written and the iPhone 4S will listen. Siri will be able to take notes, search the web, send messages and update your Facebook status.

Personally, I’ll be starting each dictation with “Captains Log…”
For more information on the new iPhone 4S, visit Apple.com.