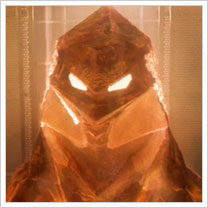 Welcome to the first official installment of “Strangers of the Cosmos,” a new column here on TrekNews.net. Each week we’ll take an in-depth look at an alien race within the Star Trek universe.

The series unofficially debuted as part of my “Science Fiction or Science Fact” column, featuring the biology and evolution of Romulans, Vulcans, Klingons, and Andorians.

In this installment, we will pay close attention to Tholians and how evolution might favor physiological and anatomical qualities that are so unique to this race on the shows.

Mentioned on at least two Star Trek series, Tholians are aliens, whose biochemistries appear to be humanoid in nature, but their carapaces are crystalline and their body plans bear both male and female sex organs. They also thrive under extreme heat and pressure, conditions that would vaporize any human.

In the Star Trek: Enterprise episode, “In a Mirror, Darkly I,” there is indirect evidence that Tholians have a cardiovascular system. The Mirror Universe Phlox synthesized a sedative that rendered a Tholian prisoner unconscious; by understanding how sedatives work on animals, we could speculate how it would work on Tholians and appreciate the complexity of their body systems.

The chemical would have to be administered locally and circulated throughout the body until the central nervous system is affected. On the show, the sedative was released in the holding cells as a gas, which is treated locally by absorption into the bloodstream from the lungs, further implying that Tholians not only have a circulatory system, but perhaps a respiratory one as well. Whether they have an open or closed circulatory system is unknown with the given information. 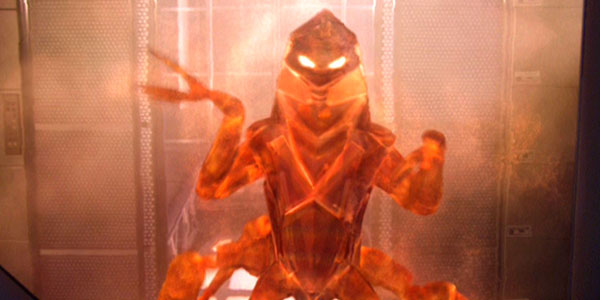 The most interesting feature about Tholian anatomy is the fact that they have both male and female parts, a suggestion that the species is hermaphroditic. Hermaphrodites are not uncommon on Earth and their origins are well explained in context of natural selection. According to the Theory of Sex Allocation (an attempt by science to rationalize the apparent male-to-female sex ratios in a given population), hermaphrodites can have a reproductive advantage in nature if the benefit to their fitness is greater than the resource costs required to maintain both sexual functions (male and female) in the same individual. If it requires more energy to maintain both sexes in each individual with little gain in fitness, then the members of a species could only afford to be distinctly male or female (as is the case in humans) and the hermaphroditic trait is potentially disadvantageous. Sexuality in hermaphrodites (i.e. snails) are so primitive that they require even less energy to maintain both sexual parts with an even greater increase in reproductivity, meaning essentially that every member of a species is reproductively compatible.

Tholians, by implication, may reproduce primitively, requiring only a few resources to support the simplistic male/female traits present in every individual. Their mating may not be any more complex than the way snails reproduce.
  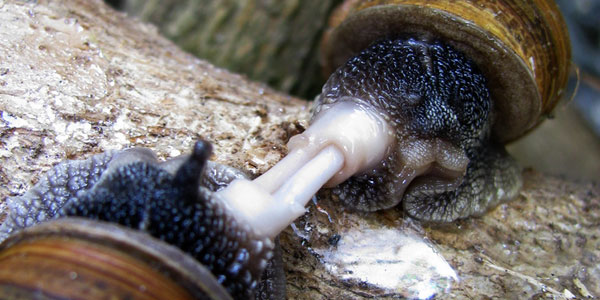 Hermaprhoditism in Tholians also implies, though indirectly, that their evolutionary ancestors lived in a very harsh environment, with limited resources, constantly stalked by predators. It is equally likely that their evolution as a species was influenced by lower population numbers, requiring the emergence of hermaphroditism to counter the threat of extinction. In other words, every member of society would have to be reproductively compatible with one another (even themselves) in order to prevent their own population from dwindling.

It is important to note that, while Tholians evolved to master their own environment and probably no longer need the hermaphroditic trait to survive, it could’ve been maintained after millions of years past its usefulness due to morphological constraints on their body plans: the entire species may have become so dependent on this mode of reproduction that any deviation from it might have promoted lower reproductive success. In other words, they don’t remain hermaphrodites because they need it to survive in their given environment; they remain hermaphrodites simply because the entire race has adapted so well to hermaphroditism that they cannot revert to anything else.

RELATED: Science Fiction or Science Fact: The Strangers of the Cosmos