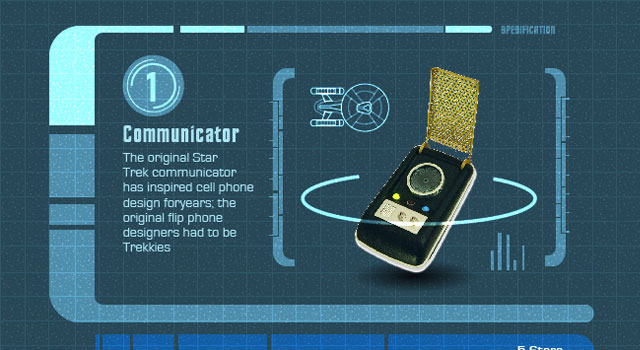 When Star Trek debuted in the 1960′s it exposed people around the world to a bright future full of high tech gadgets. 45 Years, 6 different television series and 11 movies later, Star Trek has undoubtedly had a large impact on the world around us, inspiring scientists, artists and inventors to develop the technology that shaped their childhood.

From smartphones, tablet computers, 3D printers and large screen displays, our daily lives have begun to resemble what just a few decades ago was only science-fiction.

The following infographic illustrates the some of the technology used in Star Trek, where we are today, and which missing components of them are yet to be realized.

What technology used in Star Trek would you like to see become reality?