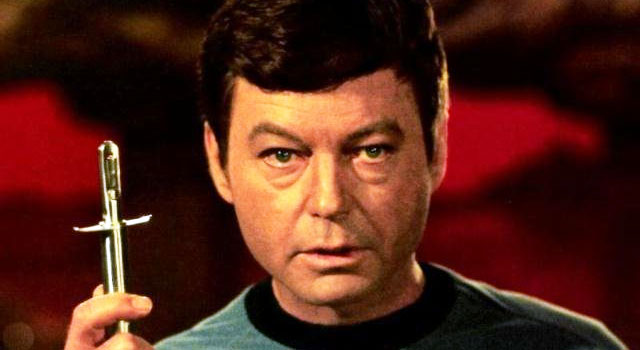 Recently, we reported on the Roddenberry Foundation’s 5-million-dollar gift to the Gladstone Institute at the University of California, San Francisco to build a new stem cell research center in the name of Gene Roddenberry. It will help pave the way for the development of regenerative medicines that may one day cure chronic illnesses, from Amyotrophic Lateral Sclerosis to Diabetes.

Of course, on Star Trek, there is little mention of the common diseases with which we are so familiar today. It is implied that Mankind would one day cure and eradicate such diseases, no matter how debilitating. On several occasions, a Starfleet doctor would administer some magical serum that not only cures a harmful disease but actually strengthens the patient’s organ systems. But if there is anything consistent on Star Trek, it’s that nothing on the show is meant to be explained in terms of mysticism: that “miracle drug” McCoy, Crusher, Phlox, the Doc, and even Bashir give their patients is in fact a powerful example of regenerative medicine. Nothing fancy here, just real science at work.

In this installment of Science Fiction or Science Fact, we will discuss the science behind stem cells’ elaborate properties and why it is so important to start work on them today to make those wonder cures of Star Trek a reality tomorrow.

In developmental biology, scientists study cellular phenomena of complex organisms in order to understand and rationalize the apparent body plans in different species. One of the foremost facets of developmental biology is embryogenesis: the way in which a single zygotic cell with a particular function could differentiate and “stem out” (if you will) into a diverse array of cells with different functions, shapes, sizes, genetic markers, and location in a fully matured organism. 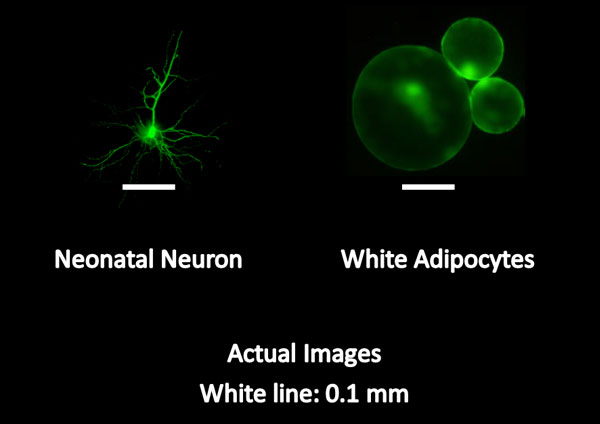 Believe it or not, these very distinct, unrelated cells have different functions, shapes, and sizes, but they came from the exact same source: pluripotent stem cells!

Stem cells are the reason for this phenomenon of differentiation. The first demonstration of the ability of hematopoietic stem cells to differentiate was reported in the February 2nd 1963 issue of Nature (vol. 197, page 452). It wasn’t until 35 years later that the Thomson group from the University of Wisconsin would derive human embryonic stem cells (hESC) from the inner cell mass of in vitro fertilized (IVF) blastocysts (reported in the November 6th 1998 issue of Science, vol. 282). Their analyses identified several genes (i.e. Oct4, Sox2, ALKP) that permit the self-renewal trait in embryonic stem cells.

Deriving stem cells is no easy task. It takes months of work: culturing blastocysts on a bed of fibroblasts, finding just the right conditions to support pluripotent stem cells, and then finally proving that they are, in fact, stem cells. Once you finally establish a line of embryonic stem cells, it will continue to grow, maintain its own passages, self-renew, and differentiate given a particular set of conditions. To make this concept a little easier to understand, consider the analogy of starting a bonfire using only two rocks, a collection of wooden logs, and lighter fluid: it is particularly tedious to start a bonfire without a match or lighter, but once the spark hits the wood, the fire will spontaneously grow and flourish. Just like embryonic stem cells, deriving and differentiating them are difficult, but when they finally do emerge, they practically maintain themselves! Today, we have 136 embryonic stem cell lines available for therapeutic and research purposes (see https://grants.nih.gov/stem_cells/registry/current.htm)

Well, that’s great! We can create immortal cell lines from destroyed embryos that can differentiate into any cell type. So what? Thomson’s discovery in 1998 sparked a paradigm shift in developmental biology. Embryogenesis was an unknown to scientists at the time: the physiological characteristics of the fetus were mystical to us, and the biochemistry that guides gene regulation was illusive, even contradictory. The discovery and derivation of stem cell lines not only provided us with invaluable insight into mechanisms that govern embryonic development but also inspired a completely new and revolutionary style of medicine: regenerative therapy, the theory and practice that could potentially treat, possibly cure, genetic and chronic illnesses. A stem cell line could be differentiated into insulin-producing beta cells to replace the dead ones in Type-1 (juvenile) diabetics. A stem cell line could even reprogram neurons to produce a vital neurotransmitter absent in patients with Parkinson’s Disease. Regenerative medicine really is the next great step in countermanding disease. 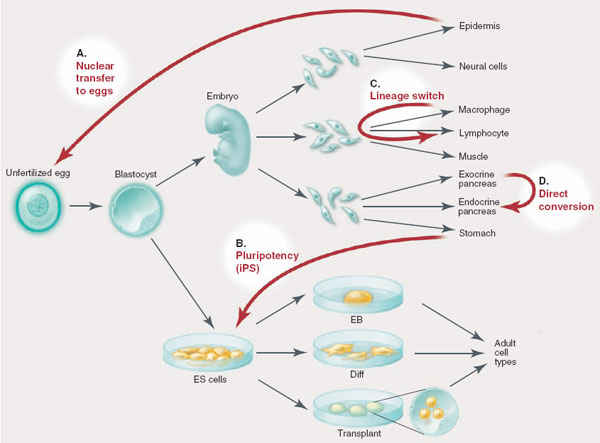 A General Scheme of Stem Cell Differentiation and Reprogramming

It should be obvious by now — it is a SCIENCE FACT! We’ve already shown that stem cells can be derived in the lab. The clinical applications of pluripotent stem cells are remarkably infinite! Even more astounding (and I certainly hope this circumvents all the ethical issues people have with stem cells today), Shinya Yamanaka reported that terminally differentiated (somatic) cells can be converted into pluripotent stem cells via reverse-differentiation (Cell, vol. 131, page 861). It works by activating the expression of genes that promote pluripotency in somatic cells, causing them to generate the same characteristics and functions as any embryonic stem cell, which is truly remarkable as it means that we no longer need to use human embryos and we can rely more on reprogramming adult cells (i.e. skin tissues). A video interview of his explanation of induced pluripotent stem (iPS) cells can be found on my previous article regarding Eugene Roddenberry’s donation to stem cell research.

With all the recent advances in biomedical science and the Roddenberry Foundation’s support for stem cell research, it should be apparent that we are making a bold step into a Golden Age of science, one in which Mankind would dominate disease and defy mortality (not overcome but defy). It was a dream and vision shared by Gene Roddenberry and all of his fans. It was the universal premise of Star Trek: Mankind shall evolve and journey proudly into the Undiscovered Country, a place and time where there is little room for disease and irrationality. This is the eternal promise of stem cell research. Let us continue our path to those great heights of knowledge and achievement from the farthest star…to the smallest stem cell.