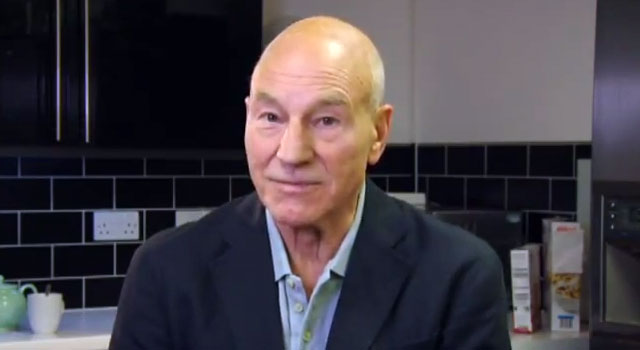 During the video, Stewart speaks out against domestic violence and recalls his childhood, saying that he witnessed his father using violence against his mother.

“Behind closed doors my father was an angry and frustrated man who couldn’t control his temper,” said Stewart. “As a child I witnessed his repeated violence against my mother.”

Watch the BBC video, embedded below.

For more information or to donate, visit refuge.org.uk.

In this article:Patrick Stewart, Video