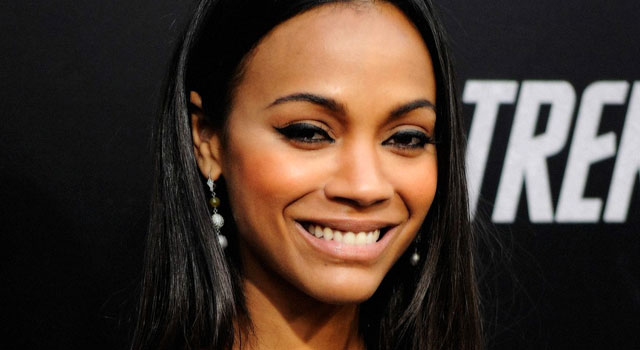 Zoe Saldana will return to the role of Nyota Uhura in the upcoming Star Trek sequel. During a recent interview with Access Hollywood, the 33 year old actress discussed the the film’s progress, her co-stars and what we may expect from the forthcoming blockbuster.

“We still haven’t gotten a script yet,” she said. “We’re very excited to read it and get back into space.”

One of the hot button topics of the first film was Spock and Uhura being romantically involved. It’s still unknown if that story will continue into the sequel.

“I’m really curious and I’m pretty sure that Zach is as well,” she said.

Saldana went on to discuss her co-star, Zachary Quinto’s recent “coming out.”

”[I’m] so happy and proud to call him a friend and to be a part of his life around a moment that is so strong and inspired,” she said.