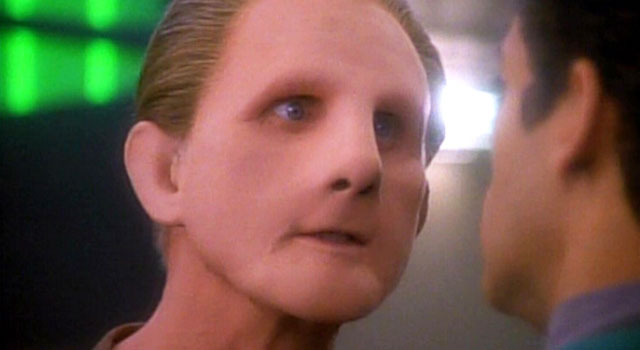 Changelings, also known as the Founders, play an important role in science fiction as deceivers and impersonators. On Star Trek: Deep Space Nine, they are the leaders of the dreaded Dominion, the vast empire that controlled the entire Gamma Quadrant and fought a violent three-year war with the Federation and the Klingon Empire. Their ability to change shape into any object and impersonate any member of society makes them one of the most feared races in the Star Trek Universe.

What physiological processes are involved in shape-shifting? The first thing that comes to mind is differentiation. Cell differentiation is a phenomenon of biology in which cells can replicate and branch out into new types of cells. This is displayed in the remarkable properties of pluripotent stem cells, which not only have the ability differentiate into any cell but they also generate “immortal” cell lines (see my previous Science Fiction or Science Fact article on regenerative medicine for more information). Changelings are probably nothing more than a sophisticated collection of stem cells that forms an even larger network, all communicating and adapting together, generating some form of collective intelligence or self-awareness (i.e. the Great Link). 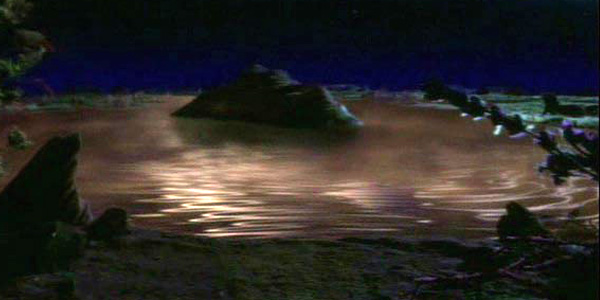 The Great Link on the Founders’ homeworld

Of course, stem cells really don’t differentiate overnight. It can take several months of rigorous lab work to generate one stem cell line and differentiate it into something new. Furthermore, there are no instances of stem cells differentiating into cells of another species; the ability of Changelings to quickly shape-shift into a Romulan or a human cannot be explained by our current knowledge of stem cell biology, but rather by some other unknown biological process (which may be impossible, in my opinion).

Perhaps the most disturbing notion about Changelings is that the very nature of shape-shifting seems to breach the universal Law of the Conservation of Mass. Mass can neither be destroyed nor created (at least in conventional physics). In accordance to the law, the mass of a Changeling does not change when shape-shifting. Essentially, the bird-form of a shape-shifter would have about as much mass as a 200-pound person. That’s way too heavy for a shape-shifter to fly on Earth!

This always disturbed me because Changelings on the show seem to transform into objects that were easily carried around by individuals without significant exertion. Consider the scene in the DS9 episode, “Homefront”, where Captain Sisko and Vice Admiral Layton walk in with a seemingly light briefcase which turned out to be the shape-shifted form of Odo. How can all the mass of one person be so condensed into the size of a briefcase and not feel quite as heavily? Sisko should’ve been dragging Odo on the ground, using all of his strength and weight to pull him!

Changelings are gelatinous in their native form. Every 16 hours they must revert to this state in order to regenerate from a day’s worth of shape-shifting. This implies, as it should be obvious, that morphing into and maintaining different structures require metabolic energy, and reverting to their gelatinous state “saves” energy. 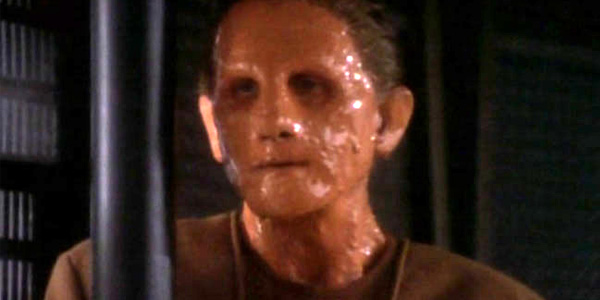 We still have yet to see a Changeling eat and metabolize food. No organism, no matter what species it is, can survive without sustenance; it is a foundational principle of cell biology. Where and how do the Founders get the energy to survive, let alone shape-shift? They certainly don’t get it while sleeping because sleep does not recuperate energy; it still consumes it, albeit at a lower rate. If rapidly differentiating and mass-altering stem cells don’t bother you, then an organism that can survive without food should! Obviously, they must get it somewhere and somehow.

Other aliens of Star Trek may seem unlikely in terms of biology, but Changelings are certainly one of the least plausible (and most bizarre) races described in the canon. If you can imagine a species that exists as a huge mass of extra-potent, immortal stem cells that can instantly change its own shape and mass and thrive on no metabolism, then you have yourself a Founder! One thing is for certain: there is nothing in conventional biology that could help us rationalize the way Changelings are put together, so I leave it to our greater imagination to find the answers.