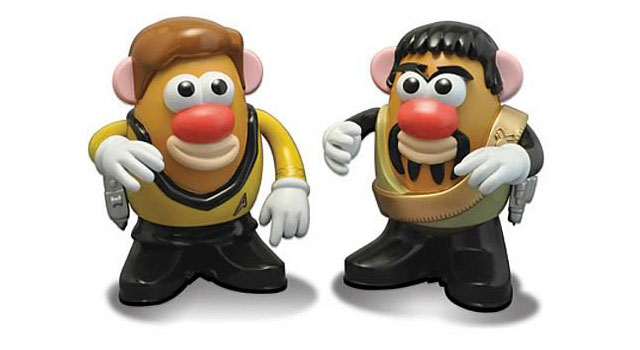 Players will either control Klingon or Federation starships during strategic battles and events that are compatible with the HeroClix core rule systems. Tactics includes more than 20 painted ships that are collected in the 4 ship starter set and as single figure boosters. Star Trek now joins such venerable franchises as DC Superheroes and Marvel Comics which have been popular HeroClix games for almost a decade.

The starter set will include 4 starships, 2 theme dice, a rulebook, a powers/ability card, and two full color maps and is available for order at gaming stores, comic shops, and online beginning in February 2012. 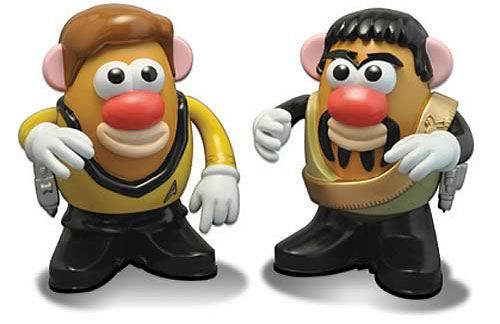 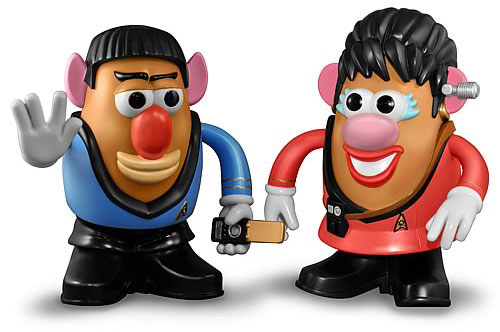 Despite this scale change, there is much to like about these fun items. The packaging begins the fun with descriptions on the back proclaiming that Captain Kirk Mr. Potato Head includes his signature smirk and Kor’s intimidating facial gestures. Kor is especially nice, and while PPW could have taken shortcuts, they have paid attention to details with an example being the differing boots of the characters. A Spock and Uhura two-pack is available beginning this November to continue the fun.

To order Kirk and Kor or Spock and Uhura, visit Entertainment Earth.