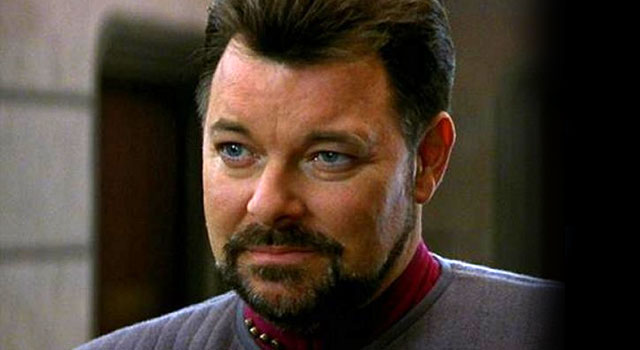 Jonathan Frakes, who played Commander William Riker on Star Trek: The Next Generation and in four Star Trek feature films, was a guest at last weekend’s Central Canada Comic-Con in Winnepeg, Manitoba.

During his time on stage, Frakes discussed the Star Trek: Enterprise finale from 2005, that he along with fellow Star Trek: The Next Generation co-star Marina Sirtis appeared in.

In the episode “These Are The Voyages…”, Riker is faced with a difficult decision, to face it, he decides to head into the Enterprise-D’s holodeck to observe the final mission of Captain Jonathan Archer and the crew of the NX-01.

Over the years, many fans view this as the cast from TNG invading Enterprise and not allowing the show to go out on it’s own, but instead being propped-up by the success of it’s predecessor.

When asked about the controversial, during his Q&A session, Frakes went into detail, saying:

Do you want to know the truth about that whole Enterprise thing as the show was called? Rick Berman, executive producer of all things Star Trek, called Marina and myself and said ‘we’d like you to do the last episode of Enterprise.

They said it would be a valentine to the fans, but all of it ended up doing I think was hurting Scott Bakula’s feelings. He was such a gentleman about it and I said to Scott this is weird for me to be on your show and your show is being taken off before it should be taken off and he was such a gentleman about it and said ‘No, glad you’re here’ so it was awkward on all accounts, except with working with Marina again which is always lovely. But I wasn’t crazy about it. And it was so thinly connected, I thought too. Thanks for bringing up such an unpleasant memory.

Watch the final scene from “These Are The Voyages…” embedded below.

Read a complete recap of Frakes’ Q&A over at High-Def Digest.

In this article:Interview, Jonathan Frakes, Star Trek: Enterprise, Star Trek: The Next Generation