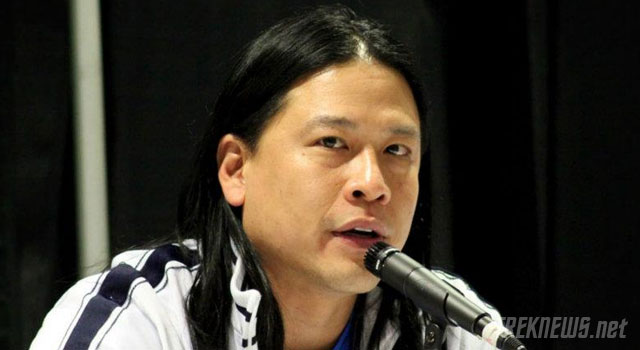 Aside from a few small hiccups, the Comikaze Expo appeared to run very smoothly — especially impressive for a first-time event.

As scheduled, at 5 PM on Saturday, the Star Trek panel kicked off with Garrett Wang, who was later joined by Original Series guest stars Bobby Clark and Celeste Yarnall. Wang, who was in high spirits, told the standing-room only crowd that Tim Russ and Marina Sirtis would not be joining them, as they had already left the building.

While fans seemed somewhat disappointed that some of the advertised stars wouldn’t be at the panel, Wang, Clark and Yarnell made the best of the situation and took audience questions for the next hour. 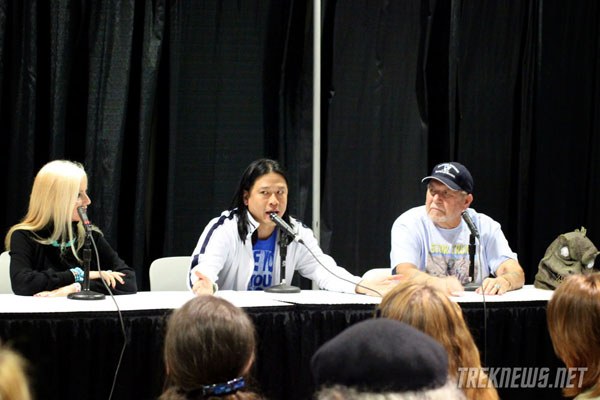 When asked about the criticism of Voyager, Wang told the audience that the actors who played human roles were told to “play down their emotions,” to allow for the alien characters to “feel more real.”

“Once Berman was out of there, Paramount fires him and J.J. Abrams comes in to take over the helm and you watch the new reboot film. What is that movie? More action and comedy. There’s excellent funny moments and it’s a blockbuster movie.” said Wang. 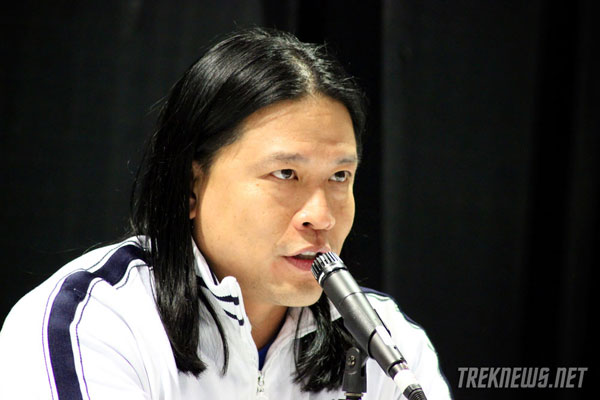 “I absolutely adored that film” Wang said of of the reboot. “Aside from the timeline getting screwed over” he added.

Wang said that none of the Voyager actors were invited to the premier of J.J. Abrams’ Star Trek film.

“I just gave you seven years of my life. You think I can get an invite to the damn premier? No.” he remarked.

Wang went on to say he’d love to be a part of a new Star Trek series, but isn’t sure how much of a reality that would be. He said his idea for a new Star Trek series would be “basically the TV show Scrubs in space,” which he said would take the franchise towards a comedic angle. “Maybe I should pitch that myself and become the new Rick Berman,” he joked. 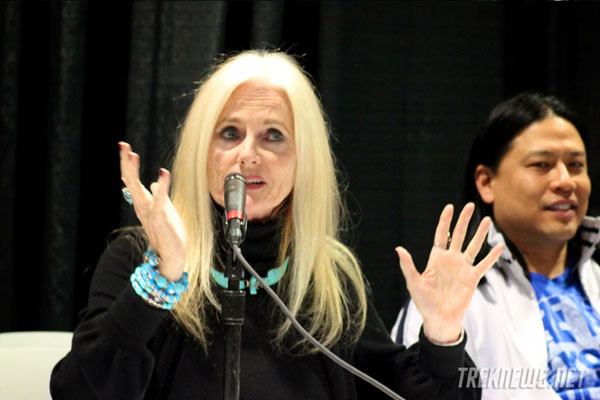 Celeste Yarnall, who played Yeoman Martha Landon in the Original Series discussed Star Trek‘s impact on society, saying “What Gene Roddenberry, in my opinion, created was the new mythology of the 21st century.”

Yarnall discussed William Shatner flirting on the set of Star Trek, saying “I can describe it in one word. Relentless.”

Wang, who outed himself as a “big sci-fi fan,” talked about his Voyager co-star, Robert Beltran’s lack of genre knowledge, saying he has “no knowledge at all of anything sci-fi. I love him to death, but his sci-fi IQ is negative.”

As the conversation shifted to the topic of William Shatner, Bobby Clark noted Shatner’s tendancy to mess up lines, while filming episodes of Start Trek.

Wang chimed in, saying “I also heard he stole everybody’s lines too.”

“I was at the Tulsa Trek Expo, I was in the green room, so this is a backstage room where only the actors are. So I walked up to him and said ‘Mr. Shatner, I finally get to meet you.’ [Shatner’s handshake] it was limp wristed, he gave me this, like he was the Queen of England or something. So he gives me that, then in the middle of the handshake, he looks away, then he pulls his hand away and he wipes it off on his shirt, right in front of me.”

“All I saw was red” Wang recalled. “You know what? God help me, I want to punch his fat belly right now. I was so mad.” I want to tell you guys, I love Captain Kirk, but I fricken’ cannot stand William Shatner. I’m gonna say that right now”

“That is no way to treat someone,” Wang added.

Wang went on to discuss Shatner’s dismissive attitude toward Star Trek fans at conventions, saying Shatner should at least make eye contact with the fan if you’re charging them $90 for an autograph. “Without the [Star Trek] fans here, there would be nothing. It’s you guys that make this thing roll.” Wang said. 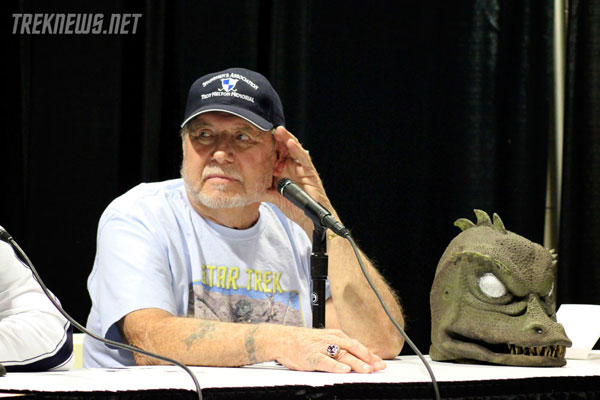 Bobby Clark who played the Gorn on the Original Series 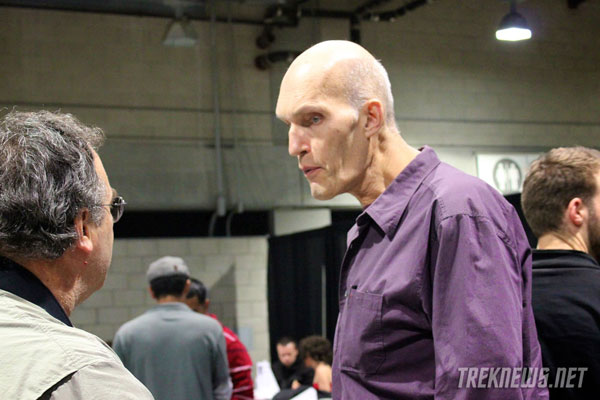 Carel Struycken who played Mr. Homn on Star Trek: The Next Generation

For additional photos from the 2011 Comikaze Expo, visit TrekNews.net on Facebook.

In this article:Conventions and Events, Garrett Wang, William Shatner