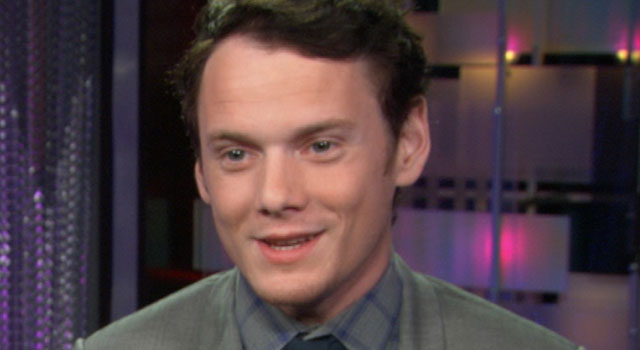 Anton Yelchin, who is currently promoting his new film Like Crazy, recently discussed the upcoming Star Trek sequel, which will be directed by J.J. Abrams.

Abrams’ sequel, which is rumored to be released in the summer of 2013, will once again feature Yelchin in the role of Pavel Chekhov.

“I’m stoked. Yelchin said regarding the sequel. “They always keep us in the dark, sorta till the last minute. What’s happening, who’ll be in it and what the film will be like. It’s good to know that we’re making it and that J.J.’s directing it, is all I can say.

Yelchin went on to discuss the rumors of Benicio Del Toro possibly playing the major villain of Star Trek 2.

I have no idea what Benicio Del Toro is playing. I read online, like everybody else, that he’s been having conversations with J.J. No idea what level that’s at. J.J. won’t even tell him what role it would be. That’s J.J.!”

“I would be honored to be on the same set with Benicio del Toro in ANY role. If that works out, it’ll be great.” said Yelchin.

Yelchin, who was born in Leningrad, now St. Petersburg, in the former USSR, says the accent he uses for the role of Chekhov is just for the film.

“I lost my accent years ago. My accent is just for the movies. Walter Koenig’s accent was so fun and wonderful to fool around with. It’s like the original series itself. It’s got this great camp quality to it. I embrace that.”

“I love the original series. I didn’t know much about it until we did the first film, and I did so much research on it that I get excited by the idea of going back into all of that, looking at my notes on how to play Chekhov, watching his scenes again in the movies and the series.

It’s a great credit to Walter Koenig, this funny and almost joyous character he created. He was comic relief for the show, and they were looking for a sort-of Davey Jones look-alike to fill that bill. And the fact that this Russian was placed in the Enterprise crew right smack dab in the middle of the Cold War was so ahead of its time. Very forward thinking.”

“I’m honored to be able to pay tribute to Walter with these movies.”

In this article:Anton Yelchin, Star Trek Into Darkness