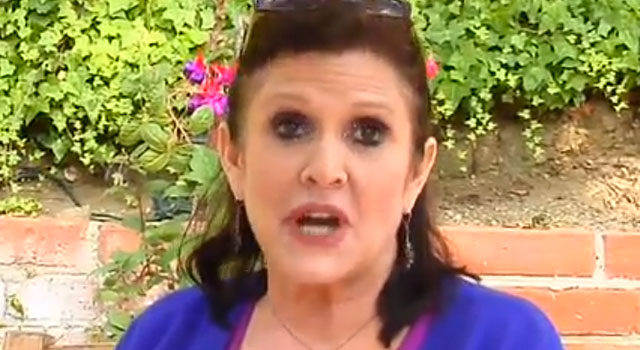 Princess Leia herself, Carrie Fisher fired back at William Shatner in a video posted on her Youtube channel on Friday. Responding to Shatner’s “Star Trek vs. Star Wars” video posted back in September, Fisher gave her own thoughts of which franchise is better.

“They’re not in the same league. Fisher said. “I mean they have the word ‘Star’ in the title and there’s a space travel, right? Where did they go to Klingon?” she asked.

“My space buns were so much better than Nimoy’s ears” she said.

“George [Lucas] allowed Bill one day to be in the Darth Vader costume and do the breathing and everything. I’ve never seen anyone so excited. He couldn’t do it.”

Fisher closed by saying “If you see Bill Shatner, call him Han Solo.”