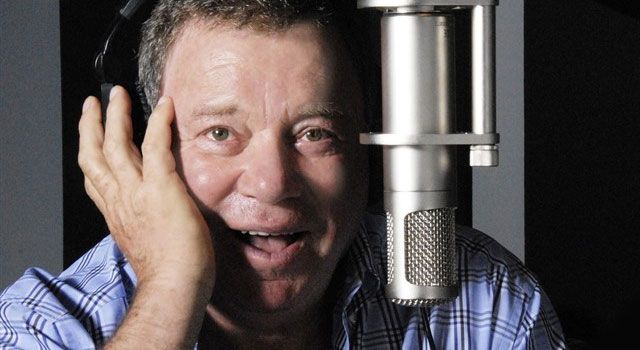 William Shatner, who’s new album, Seeking Major Tom was released last month, recently sat down to discuss the recording process, his vision for the album and what some of the tracks mean to him.

Shatner, now 80, says he had a single vision for his fifth studio album.

“What happened to Major Tom when he exited the capsule? Well, he has success to begin with. He walks on the moon. He’s the ‘Space Cowboy’. He thinks about his wife and we get ‘Rocket Man’ and ‘She Blinded Me with Science’. Then, things darken a little and it goes to ‘The Twilight Zone’. He begins to hallucinate on “Learning to Fly”, and the background is ‘Bohemian Rhapsody’.” Shatner told Artist Direct.

“Next, he queries God as he begins to die. He asks, ‘Well, how could God allow this?’ Ultimately, he ends up in Hell during ‘Iron Man’ and the rocket breaks apart. This is my fantasy of what happened to Major Tom.”

“I think each good song has a character to it. Name a song, and it’s about something and it’s being said by someone. That’s been my perception and my criticism as well.” he said.

“To me, ‘Mr. Tambourine Man’ and ‘Lucy in the Sky with Diamonds’ were drug songs. The Transformed Man didn’t have as much pre-meditation as it should have, but I was younger and I didn’t understand my power. In that album, I should’ve explained more clearly that Transformed Man was a concept album. It took literature, put it to music, and segued to a song that had either the opposite or same philosophy as the piece of literature. It was all one piece. It was a six-minute cut. They wouldn’t let me do six minutes so I did three. I did the song not realizing that it needed the context. By that time, it was too late.”

Shatner went on to discuss the song “Struggle,” the only song with lyrics written by Shatner himself.

“It’s born out of the request of the head of the label—Brian Perera—to write a song. I thought the only spot I could place a song would be when the guy is dying. If ‘Bohemian Rhapsody’ is his background, then he’s been struggling to do this all his life. He’s dying, and he’s struggling not to die. That’s where it fits.” he said.

One of the most-talked about tracks from the album is the cover of Black Sabbath’s 1970 hit, “Iron Man,” which Shatner recorded with former Ozzy Osbourne guitarist, Zakk Wylde.

“To me, those chords in ‘Iron Man’ are like Beethoven.” he said. “Christ, it’s like knocking on the door of fate. Those chords are Hell, and that’s what I responded to. I laid down my lyrics first and I went to Zakk Wylde’s studio and watched him in his virtuosity do the guitar solo. I realized what I had done was nonsense. I had to go back days later and get into the energy flow, if you will, of heavy metal. I had no idea of the raucous, pure, and raw energy of heavy metal. It’s an extraordinary thing.”

Seeking Major Tom is now available on iTunes and Amazon.com.

In this article:Interview, William Shatner