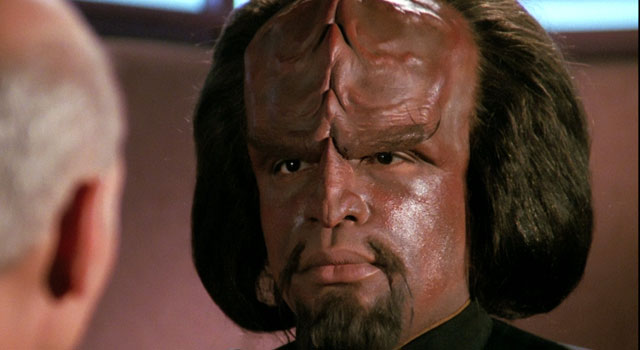 Amazon (US) is now accepting pre-order for Star Trek: The Next Generation – The Next Level, which will be released on January 31, 2012.

If you haven’t heard, The Next Level is a Blu-ray sampler disc with four remastered TNG episodes. The episodes which will be included on the disc include the two-part series premier “Encounter at Farpoint”, “Sins of the Father”, and “The Inner Light”.

According to the item description, the disc will have a total runtime of 182 minutes with the episodes being presented in their original 1.33:1 aspect ratio with DTS surround sound. Optional subtitles will include Danish, Dutch, English, French, German, Japanese, Norwegian, Spanish and Swedish.

Visit Amazon.com to pre-order The Next Level.

RELATED: CBS Addresses Issue with the Upcoming Release of TNG – The Next Level on Blu-ray

Watch the trailer for the release below.