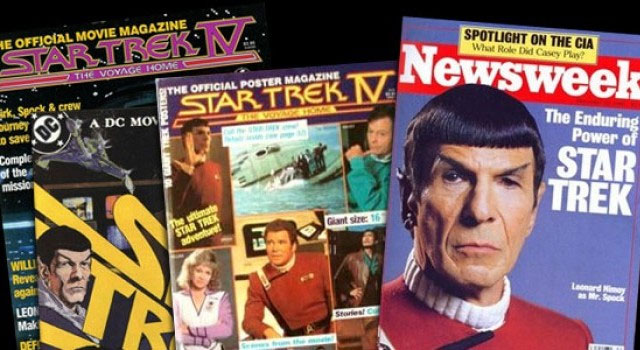 Star Trek IV: The Voyage Home celebrates its 25th anniversary today. Its premiere provided fans with many great collectibles. In celebration of Star Trek IV, TrekNews.net presents a look at some of the best collectibles from the film.

Interestingly, travelling back in time to learn about Star Trek IV merchandise, appropriate considering the motif of the movie itself, also provides a lesson in 1980s trends and zeitgeist.

From LPs to plastic cups, Star Trek IV collectibles represent both a science fiction future and a real past. 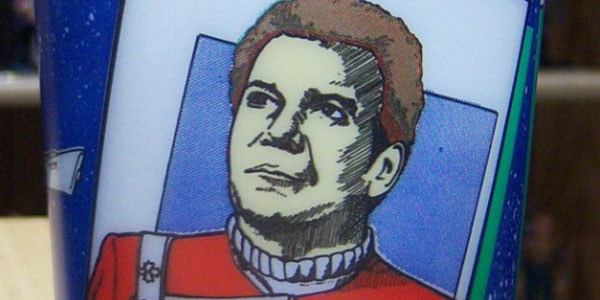 The Coca Cola Star Trek IV plastic cup was available at local theaters with a purchase of a soft drink.

The Star Trek IV soundtrack was available on CD, LP, or audio tape. 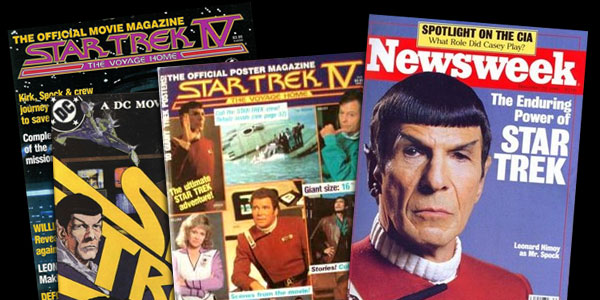 Starlog celebrated the premiere of The Voyage Home with publications such as The Official Movie Magazine and The Official Poster Magazine.

DC Comics, then the licensee for Star Trek, provided fans with a comic book adaptation of the movie

Australian Trekkers had a very unusual movie poster that was also used in some other nations. Today, these are collector’s items worldwide.

Fantasy Trading Card Company offered a unique set of Star Trek IV trading cards which had no text on the front and featured a plain white border. Rittenhouse Archives, the modern Star Trek trading card licensee, has released Star Trek IV cards when featuring movie themed sets, including autographed cards of some of the stars. 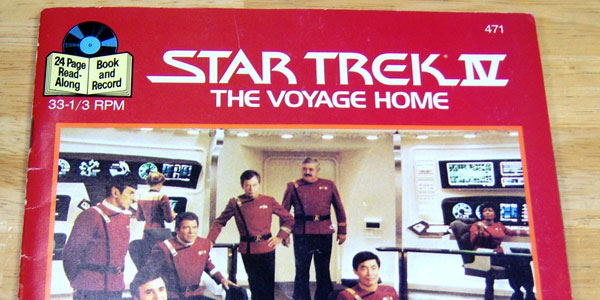 In an example of times gone by, films used to often have “books on tape” versions for younger fans. Star Trek IV had an edited version available on record and tape from Buena Vista. 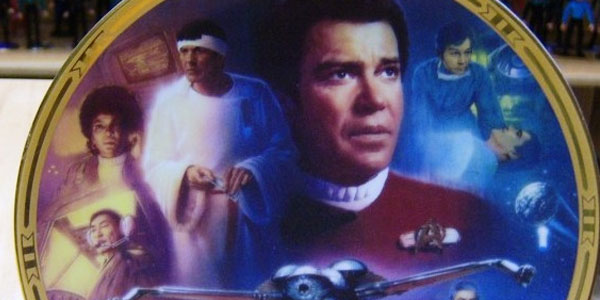 The Star Trek IV plate was actually available as an item from The Hamilton Collection’s “The Movies” plates. 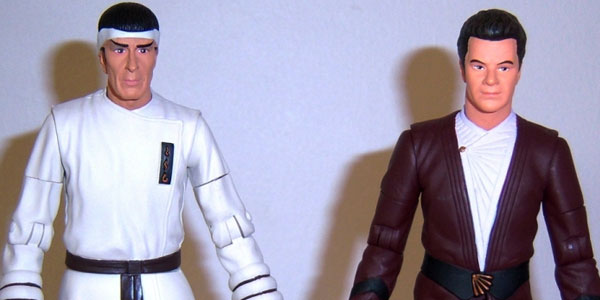 Exemplifying the popularity of Star Trek IV, the movie finally got its first action figures in 2009 from Diamond Select Toys.

Other items from the last few years, including rare photos from WilliamShatner.com from Star Trek IV and film cells framed with a photo from Film Cells Ltd, have been available from Star Trek IV.

Many of the stars from the film attend conventions, such as Catherine Hicks. Fans are able to get autographs on Star Trek IV memorabilia and photos. 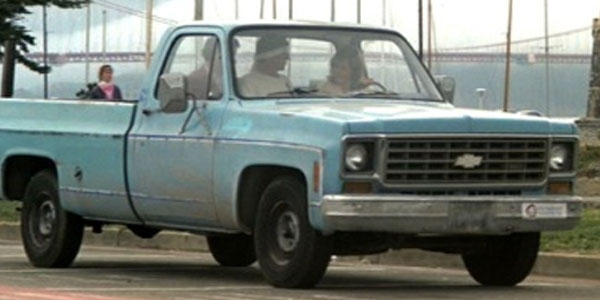 1976 Chevrolet Truck used in the filming of Star Trek IV

And arguably the most unusual collectible, the Volo Museum in Illinois recently auctioned the 1976 Chevy truck from Star Trek IV used to ferry Admiral Kirk, Spock, Gillian Taylor, and a pizza in the film!

In 1985, my parents happened to be at the Monterey Bay Aquarium on a day Paramount was filming Star Trek IV. I was a student back then and did not go on that vacation with my parents. Knowing of my love of Star Trek, my father and mother spent their day at the aquarium filming actors for their son back home instead of enjoying their vacation. In a genuine expression of how times have changed, and because there was no Internet then as a source of video sharing, the film crew did not mind if people filmed the action. Here is some of the video that my parents filmed. You will hear my father’s voice as he excitedly tells me about the actors. Enjoy!