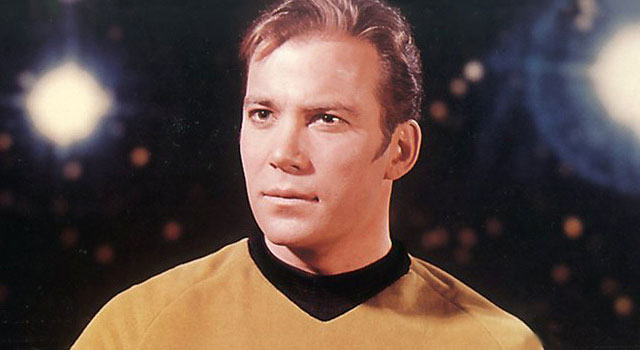 Star Trek‘s William Shatner has been added to the lineup of celebrity guests for the 2012 New Orleans Comic Con.

UPDATE: The Incredible Hulk Lou Ferrigno has been added.

Shatner is scheduled to appear at the convention on Saturday, January 28th.

NEW YORK and NEW ORLEANS, December 5, 2011 – William Shatner, who has starred in popular television series and movies for more than five decades, will attend 2012 Wizard World New Orleans Comic Con, it was announced today. Shatner, whose most well-known credits include lead roles in “Star Trek,” “T.J. Hooker” and “Boston Legal,” will appear on Saturday, January 28, at the Ernest N. Morial Convention Center.

Instantly recognizable to several generations of cult TV fans as the square-jawed Capt. James T. Kirk, commander of the starship USS Enterprise, Shatner went on to star in several feature films in the “Star Trek” franchise’s revival in the 1980’s. He also won two Emmy Awards and a Golden Globe Award for his portrayal of attorney Denny Crane in the television dramas “The Practice” and its spin-off “Boston Legal,” and currently hosts the edgy, off-beat Biography channel original talk show “Shatner’s Raw Nerve.”

“William Shatner is a television and movie icon to the highest degree,” said John Macaluso, Wizard World Board of Directors. “He has entertained millions of fans over the last half-century, and Wizard World New Orleans Comic Con attendees are ecstatic to have the chance to meet him in person.”

Children and adult attendees are encouraged to come dressed as their favorite villain, superhero or pop culture personality for the chance to win special prizes in costume contests. Event-goers may also try their hand interactive product exhibits and shop for collectible comics, movie and television memorabilia, toys and games at scores of dealer booths.

New Orleans Comic Con is the first stop on Wizard World’s 2012 North American tour. Hours are Saturday, January 28, 10 a.m. – 7 p.m.; and Sunday, January 29, 10 a.m. – 5 p.m. Tickets are available in advance online at https://www.wizardworldcomiccon.com/neworleans.html at a savings over tickets purchased at the door. Advance adult single-day tickets are priced at $25 ($30 on site); weekend all-session tickets are $40 ($45 on site), and tickets are free for children age 10 and under when accompanied by a paid adult (limit two children per adult). VIP packages with special entry and exclusive items are also available on a limited basis.

To purchase tickets and for more information, visit Wizard World.

In this article:Conventions and Events, William Shatner, Wizard World