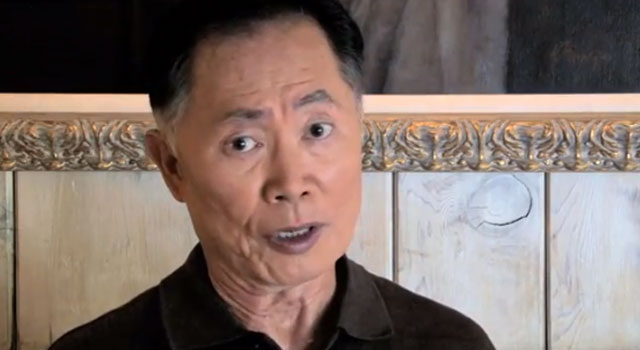 Following William Shatner’s Youtube video in which he discussed Star Trek vs. Star Wars, Carrie Fisher’s response video and a second by Shatner, now George Takei has weighed in with his opinion on this “hot button” topic.

“Each is wonderful in it’s own special way,” Takei said.

His stance is that both fan bases should unite against a common enemy. An enemy without space battles, not set in the future or a long time ago in a galaxy far, far away.

“What’s needed now more than ever is ‘Star Peace,’ for there is an ominous mutual threat to all science fiction. It’s called Twilight.”

“It is really, really bad.”

“I’ve written to some friends, hoping they could help us rid the world of this vampire menace, Buffy… Blade…. it’s up to you now.” he said.