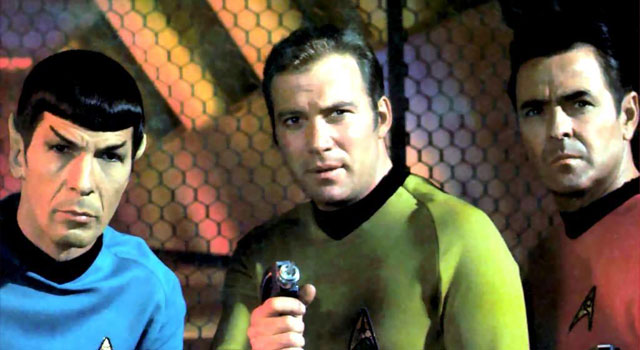 Before the Internet and tablets, radio programs were a popular source of entertainment and a potent promotional strategy. For the premiere of Star Trek II: The Wrath of Khan, The Source, a popular radio network for young adults, featured an hour long program called The Voyage of Star Trek. Premiering in the summer of 1982, the radio special covered both the history of Star Trek and the making of TWOK.

Also included were Gene Roddenberry’s lectures to college students from the 1970s (and originally available on the LP, Inside Star Trek). Especially interesting was the trivia included, such as Ricardo Montalban realizing during his interview that he starred in Gene Roddenberry’s first ever science fiction script for a television program back in the 1950s.

The program was sent to affiliates on an LP and played during the designated time. To help celebrate next year’s 30th anniversary of TWOK and 45th anniversary of “Space Seed,” my family digitized our copy of our promotional LP and have made it available for fellow fans to experience once again this “lost” Star Trek radio program.

Please enjoy this nostalgic recording from three decades ago, when radio was cool and The Wrath of Khan was brand new.