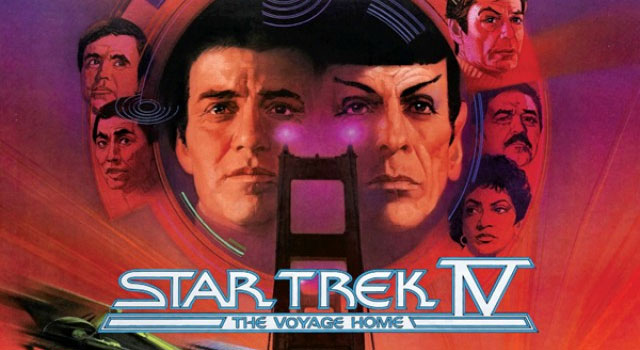 In celebration of Star Trek IV: The Voyage Home‘s 25th anniversary, Intrada Music will release an expanded edition of the film’s soundtrack. The complete score contains previously unreleased tracks along with extras and alternate takes.

Scheduled to be released later this month, the 24 track release will sell for $19.99 and is currently available for pre-order through Intrada. 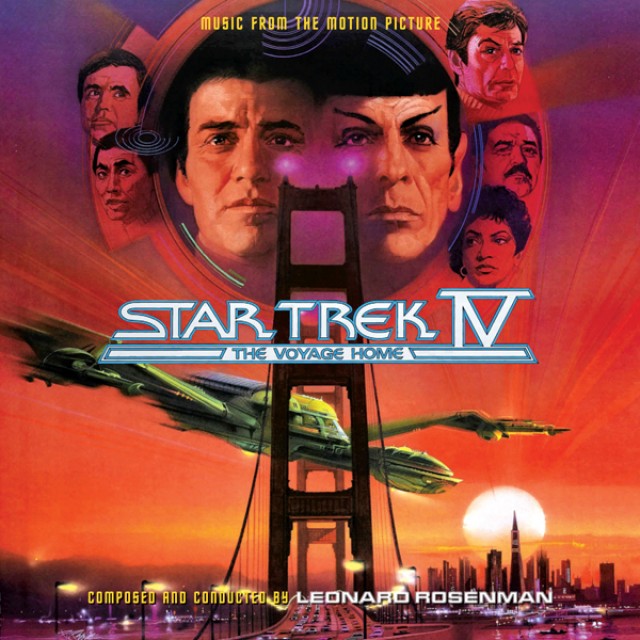 Intrada ends 2011 with one last major release – the complete Leonard Rosenman score to Star Trek IV: The Voyage Home. The second film in the series under the helm of director Leonard Nimoy, Nimoy choose a lighter approach to this outing and injected liberal amounts of well-placed humor.  For this fourth entry, Nimoy introduced another element he had wanted to bring on board earlier in the series: the music of Leonard Rosenman. Rosenman’s Star Trek IV music bears the hallmarks of the composer’s distinctive style: vaulting brass figures, complex textural passages, thumping suspense motives. The main theme—and also Kirk’s theme—is upbeat, heraldic and heroic, its optimistic flavor cutting a different path than the other scores in the series.

For this release, Intrada worked from the original session masters housed at Paramount, reassembling the complete score in film order.  This presentation also includes numerous bonus tracks, including alternates and the song “I Hate You.”  A stand-out is an alternate version of the “Main Title.” Rosenman created this stately arrangement of Alexander Courage’s classic Star Trek theme to accompany the first part of the opening credits, which appear against a background of deep space.

Star Trek IV: The Voyage Home (1986) became one of the most popular and enthusiastically reviewed films to feature the original cast and the first to play primarily as a comedy. The film ties up the loose ends from The Search for Spock: Spock reunites with Admiral James T. Kirk (William Shatner), Dr. Leonard McCoy (DeForest Kelley) and his friends from the now-destroyed U.S.S. Enterprise. Star Trek IV provides an adventure that restores Spock to his role as a sage science officer while rehabilitating the reputation of Kirk and his crew in the eyes of the Federation as they save earth — again — from certain destruction.