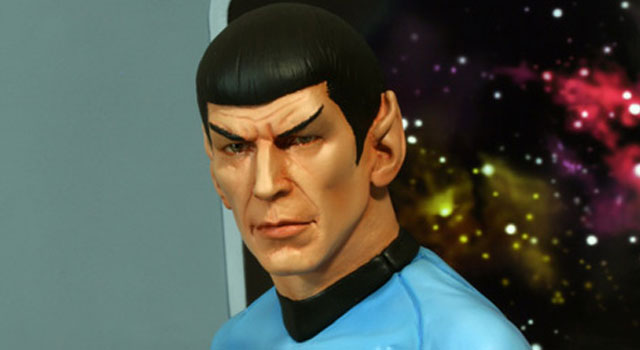 Some fascinating news for Star Trek collectors! The Hollywood Collectibles Group announced this week the third in its continuing line of Star Trek statues. The latest release, Mr. Spock, stands at 1/6th scale. Made of heavyweight polystone, this hand painted statue features a 12” tall Spock standing next to his console from the U.S.S. Enterprise.

Like the previously announced Captain James T. Kirk and Gorn 1/6th scale statues, the Mr. Spock version is offered in both regular and exclusive editions. 600 regular edition statues will be released for $199 and will be available from online retailers such as Entertainment Earth and Big Bad Toy Store.

Both editions are expected to ship during the second quarter of 2012. 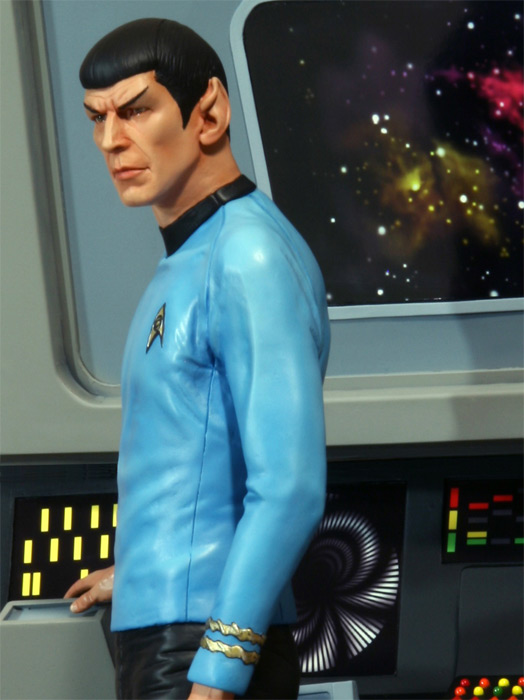 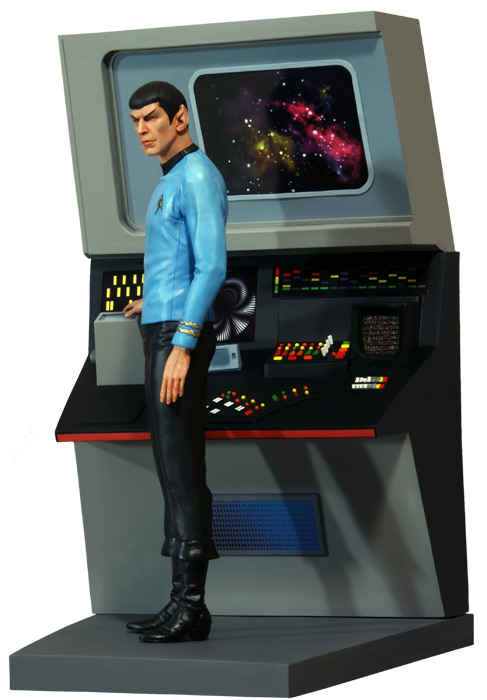 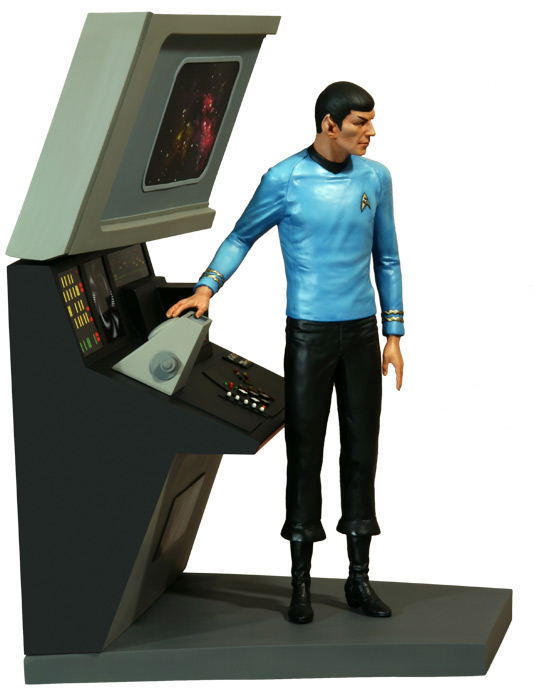