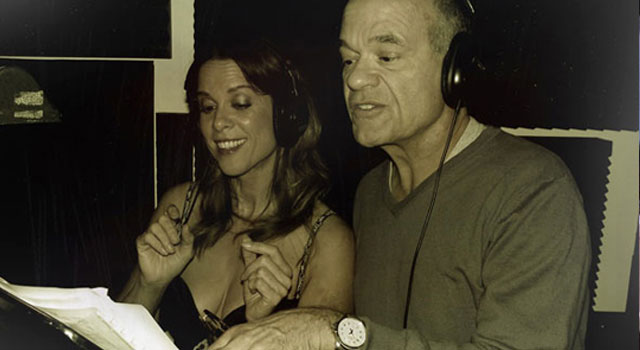 Robert Picardo, everyone’s favorite holographic Doctor from Star Trek: Voyager, recently wrote a guest blog for the official Star Trek website. In the blog, Picardo discusses the process of re-recording the soundtrack for the 1970 film, Scrooge.

Read excerpts from the entry below.

“Several weeks ago I got a call from Chase Masterson. She was in a meeting with producers Ford Thaxton and Mark Banning, who were planning a new recording of the music from the 1970 movie Scrooge, which starred Albert Finney. Chase was to sing the role of Mrs. Fezziwig, and Ford and Mark were interested in me to play the most miserable miser in literature.” Picardo wrote.

“The original film soundtrack is only on out-of-print vinyl; it was never released on CD for obscure legal reasons. Here was an opportunity to bring this music to a new generation of listeners,”

“I did quite a bit of singing on Voyager.” he wrote. “I remember pre-recording a song — having decided my acting choices in advance — so that the vocal performance would suit the visual. For Scrooge, I was creating a vocal performance that wouldn’t have the benefit of picture, so I made some adjustments.”

“The CD’s cover image of me as Scrooge is an original Randy Glass water color.” wrote Picardo. “Randy is an old friend of mine who did the extraordinary drawing of the original Voyager cast. The cover graphics were done by my daughter, Nicky.” he added.

In this article:Chase Masterson, Robert Picardo