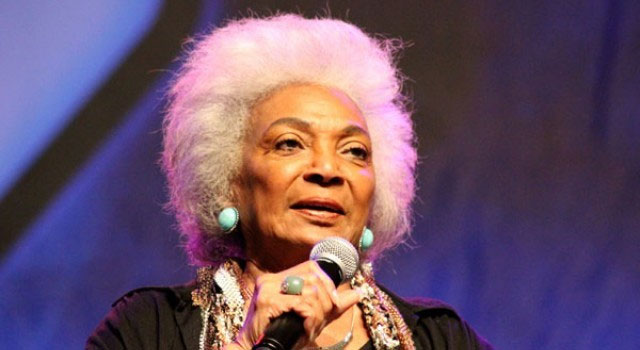 On December 28, 1932, in Illinois, Nichelle Nichols was born. Singer, dancer, actress, and writer, Nichelle Nichols continues to be an inspiration 79 years later to generations of Star Trek fans. Collecting Uhura and Nichelle Nichols memorabilia takes on a special meaning when considering the character’s place in television history and the contributions to the arts and space program of the actress who played her.

A sign of the popularity of the character of Uhura is how many action figures of her have been made MEGO, Playmates Toys, and Art Asylum/Diamond Select Toys have all included Uhura in their lines. From 2.5” minimates to 12” dolls, Uhura has been a featured character in the action figure lines of MEGO during the 1970s, Playmates Toys during the 1990s, and Art Asylum/Diamond Select Toys recently. 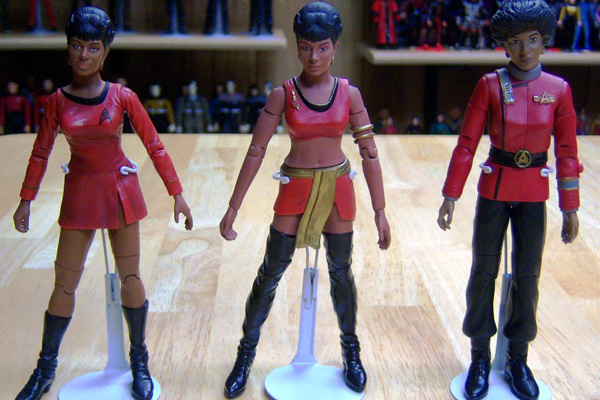 Bradford Exchange continues to highlight the character of Uhura in their collectibles. Uhura has her own H-Scale Train and has been featured in several of the recent U.S.S. Enterprise Figurine collection. 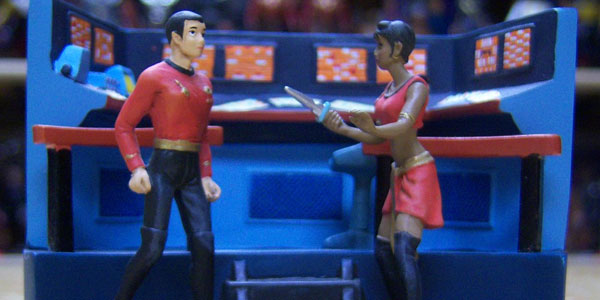 From plates to potatoes, Uhura’s popularity is apparent because of the amount tchotchke the character graces. The Hamilton Collection has featured Uhura plates, there have been Uhura glasses, and PPW Toys this November offered a Spock and Uhura Mr. Potato Head toys! 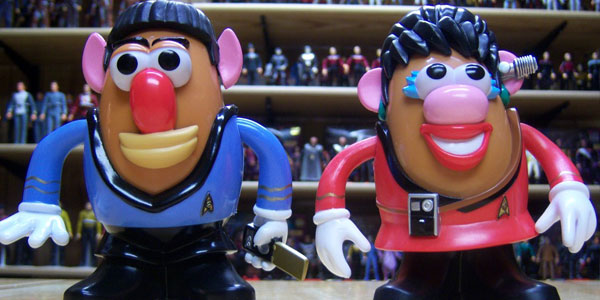 One of the rarest Uhura collectibles is the limited edition Hallmark Ornament variant from the 2009 San Diego Comic Con featuring her yellow costume. There were only 450 made, and they have become the most expensive Hallmark Star Trek ornaments ever made on the secondary market. 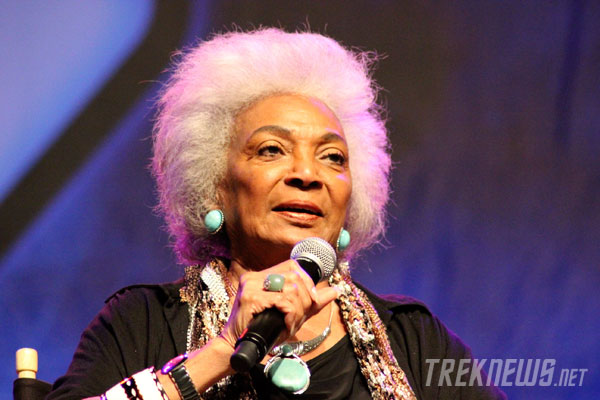 Nichelle is a wonderful guest at conventions, and there and through her website, fans can obtain her signature. A personalized autograph by her is a real treasure.