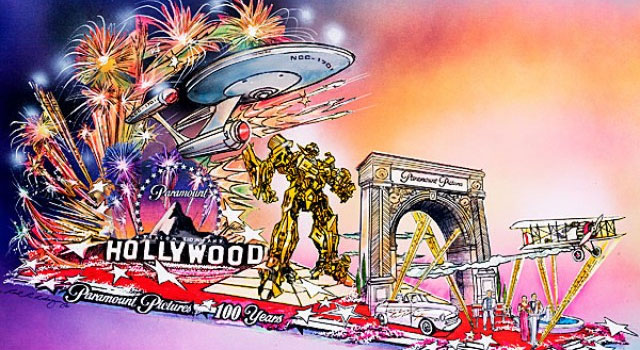 During Monday’s 2012 Rose Parade, the USS Enterprise made an appearance as part of Paramount’s entry into the annual event.

The fifty-five foot long float, entitled Paramount Pictures…100 Years of Movie Magic, showcased some of the studio’s properties, including the Starship Enterprise along with Bumblebee from Michael Bay’s Transformers, a 1948 Ford from the film Grease, the WWI biplane from 1927’s Wings and the bench from Forrest Gump. 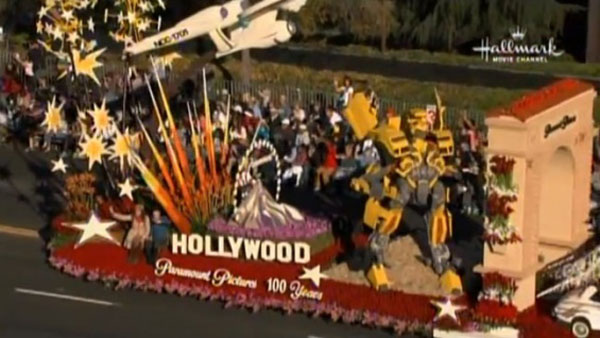 This is not the first appearance of an Enterprise at the Rose Parade. In 1991, for Star Trek’s 25th Anniversary, the Enterprise D and its shuttles adorned a giant float built and sponsored by Nestle. 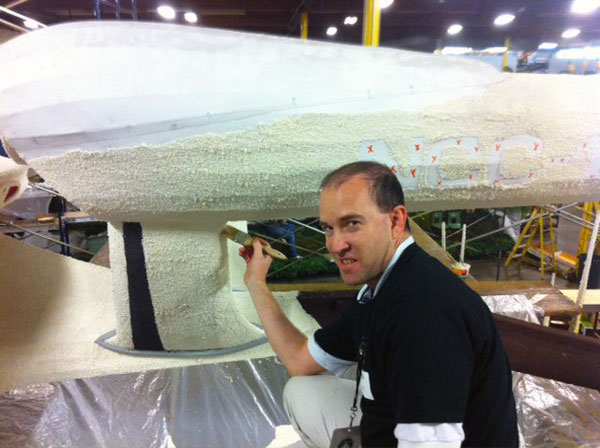 Watch the video of Paramount’s float, below.