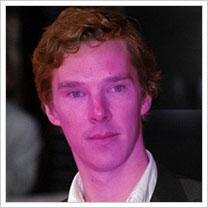 Yesterday, news broke of Sherlock star, Benedict Cumberbatch being tapped for the main villain of the Star Trek sequel. Today, the internet is buzzing about Cumberbatch character. Will Cumberbatch play a human or alien? An existing role within the Star Trek universe or a completely new character?

In today’s poll we ask you which alien race Cumberbatch would be best suited to play.

Submit your vote below.

The Star Trek sequel is scheduled to begin filming later this month and will be released May 17, 2013.