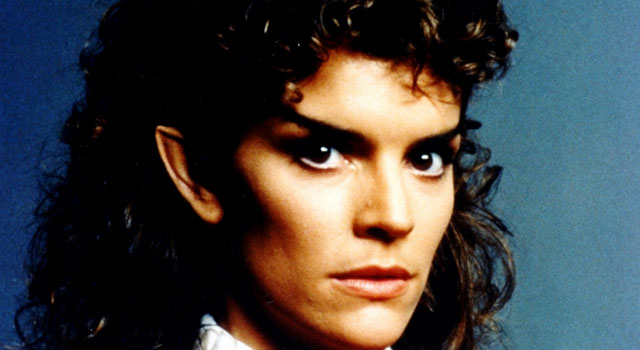 Robin Curtis, who replaced Kirstie Alley as Saavik in Star Trek III: The Search for Spock, recently discussed her involvement with the film, being specifically chosen by Leonard Nimoy for the role, what fascinated her about the character along with her role on Star Trek: The Next Generation.

Curtis discussed meeting Leonard Nimoy for the first time and ultimately being chosen for the role of Saavik, saying “At the end of my first meeting with him he shook my hand. I’ll never forget it. He shook my hand at the door of the office and he said, ‘I have no doubt that you can do this role. Now it’s up to the powers that be.’ Honestly, and I’m not being coy or insincerely modest, but I don’t know why he thought that. I didn’t feel like I was a slam dunk for the role at all. I was so unlike Saavik. I wasn’t self-contained or controlled. There are so many actresses who have that demeanor already, that stoic demeanor. That’s not me at all, then or now. I don’t know how I managed to contain myself, but I guess Leonard felt I succeeded enough to think I could do the role.” 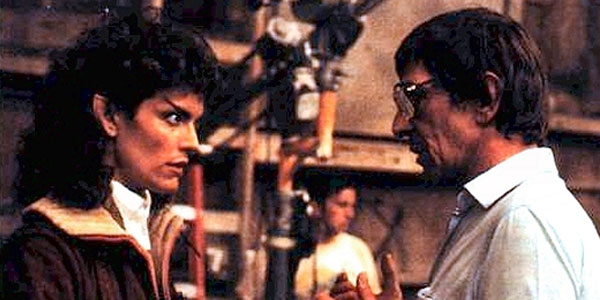 Robin Curtis and Leonard Nimoy on the set of ‘Star Trek III: The Search for Spock’

She went on to talk about what fascinated her about the role, saying “It was her restraint and her ability to cope with stirring or upsetting issues. David’s betrayal was so a part of that story, and it’d be such an upsetting life event for anyone, especially a human. Saavik, being a Vulcan, withstood that knowledge and then also his demise right in front of her. She then had to guide Spock through his awkward transitions. All of those things are big life events and yet she was called upon to cope with them. And for me, Robin, it was hard for me to play a character that was coping with these things in such a repressed and restrained and stoic manner. It nearly killed me to say the words ‘David is dead.’ But I had to say them, and I had to say them as Saavik, this Vulcan, would say them. I did that. I did it, but I almost choked on the words.”

“And Nimoy was directing me under a microscope. He said, ‘I don’t want you to breathe.’ He didn’t want me to breathe out of place on that particular line.” she added.

Curtis went on to discuss her role as Tellara/T’Paal on the TNG two-part episode “The Gambit.”

“People ask that, and it’s sweet that they do, and you’d think there would have been some connection between Star Trek III and IV and TNG. But there wasn’t. Never once, when I went in to audition for TNG, was I acknowledged as someone who had a history with Star Trek, of any kind, which was odd to me. But, from the first audition, I realized that that’s the way it was going to play, that these were two separate things, that they would not cross over and I would not be treated any differently than anyone else who walked into the room. I was OK with that. I was actually offered a part and, believe me, I wanted to be on the show because the fans would ask me, ‘When are you going to be on?’ I was doing conventions pretty regularly at the time, and so I heard that question a lot. I’d say, ‘If it were my choice, I’d be on the next morning, but we all know that’s not how it works.’ So it meant more to me on several levels than just getting a job and paying my bills. I was offered the role (K’Ehleyr) that Suzie Plakson ultimately played, and I couldn’t do it because I’d already committed to another job that directly conflicted with the schedule. Believe you me, I tried everything I could to make it work and nobody would compromise. So I was forced to let Star Trek go. That nearly killed me, and I’m not exaggerating. It was a huge loss at the time because I didn’t know another opportunity would come.”

“Then it did come, thank goodness. I got the ‘Gambit’ two-parter. And, again, it wasn’t handed to me. I did have to audition. I had to go back for a callback, and it was very tough waiting to hear because so much was at stake for me. And I was thrilled to get it and to have such a meaty part. I worked for three weeks. To work so much with Patrick Stewart was really exciting for me. It was fun to work with Julie Caitlin Brown, whom I knew. So, I was just tickled pink and over the moon; I can’t even tell you. And they were good episodes, which, I like to think, hold up.”

Today Curtis lives in New York, just southeast of Syracuse and works in real estate. She also appears at multiple Star Trek conventions throughout the year.

Read the entire interview with Robin Curtis at StarTrek.com.

In this article:Interview, Leonard Nimoy