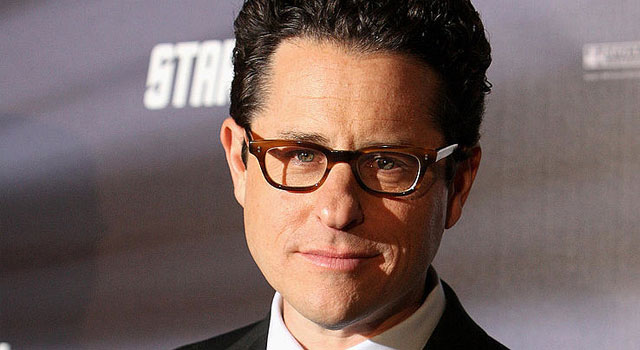 The Star Trek sequel begins shooting this Thursday and director J.J. Abrams recently sat down with Collider to discuss the film, his casting choices, converting to 3D his changes to the Star Trek timeline.

Abrams discussed Benicio del Toro dropping out of the film after negotiations fell through. Since then, Benedict Cumberbatch has been cast in the role previously considered for Del Toro. According to Abrams, no changes were made to the script because of the change in casting.

With casting complete, the sequel begins shooting this Thursday. Abrams talked about balancing his Executive Producer duties on Alcatraz with directing Star Trek, saying “We start shooting Star Trek on Thursday, so I’ve gotta go! The truth is that this show, I didn’t create, I’m a producer on it. Luckily, with the people with whom I work, what I’ve been trying to do is help, whether it’s reading the scripts, giving notes, giving suggestions on cuts, doing the theme music, and playing with the show and getting it up and running. But, the truth is that, whether I was doing Star Trek or not, this is a show that was always going to be run by Jennifer [Johnson] and Dan [Pyne]. This is not something that I am suddenly stepping away from and not running. They’ve been carrying the ball, not me.” 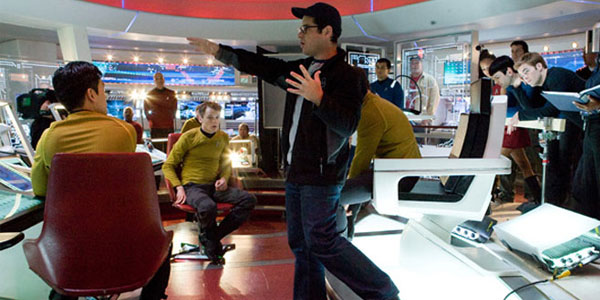 Abrams went on to discuss his choice to shoot the film using anamorphic lenses and later converting it to 3D.

“We’re shooting on film, and the reason for that is I wanted to shoot with anamorphic, and you can’t shoot 3D in anamorphic.” Abrams said.

“One of the major talking points among fans regarding the 2009 Star Trek film was Abrams use of lens flares. He talked about possibly using them in the next film, saying “I’ve had some people make fun of me about that. Yeah, we’ve done some tests. Not only lens flare tests, but we’ve done 3D tests. We actually converted a bunch of the original movie, which looked really good. That was the thing that made me feel like, maybe that would be okay. But, I didn’t want to shoot the movie digitally.”

“It will be converted, for those who want to see it in 3D. But, I wanted to match the look of the first one and shoot it anamorphically.” he said.

“I did not fight for the 3D. It was something that the studio wanted to do, and I didn’t want to do it. And then, when I saw the first movie converted in sections, I thought that it actually looked really cool. So, I was okay with their doing it, as long as I could shoot the movie the way I wanted to, in anamorphic film, and then let them convert it. So, those who want to see it in 3D, which looked pretty cool, can do it, and those that want to see it in 2D can do that too.

With the news of Sherlock actor Benedict Cumberbatch being cast as the villain of the film, Abrams through a curveball asking “Who said he’s our villain?”

“He’s a genius.” he said of Cumberbatch. “Honestly, he’s just an incredible actor. If you’ve seen his work in Sherlock, he’s just got incredible skills. He’s an amazing stage actor. He did amazing work (on stage) in Frankenstein. He’s brilliant. You try to cast people who are great. We got lucky.”

” I just loved his work and thought that he was perfect for what we needed.” Abrams said. “We were just very lucky.” he added.

Abrams said the filming of the sequel will run approximately four months. Similar to that of the 2009 movie.

He went on to talk about alterations to changes made to the Star Trek timeline, saying “I think the job of the first movie was just to establish it. I don’t want to give anything away, but I would say that the burden we had in the first movie was just existing at all. With this movie, instead of having to stand on the shoulders of the original series, we built a little bit of a platform for us, with the last movie, to tell this story.”

Read the interview at Collider.