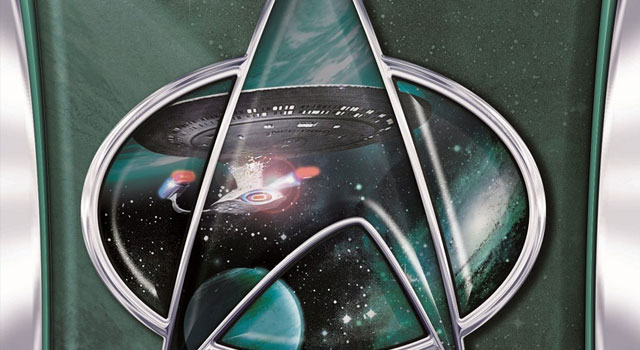 According to the Amazon.com listing for Star Trek: The Next Generation – The Next Level, the Blu-ray sampler disc scheduled to be released on January 31st, the special features will include a TNG – Season One Blu-ray trailer, a promo for the Star Trek PADD – iPad app and the TNG teaser promo which was released by Paramount last year to promote the release of The Next Level.

As we’ve reported previously, the disc will include three remastered episodes, including the two-part series premier “Encounter at Farpoint,” “The Inner Light,” and “Sins of the Father.”

Welcome to the next generation of Star Trek: The Next Generation, like you’ve never seen or heard it before! For the first time ever, you can experience some of the show’s most important and beloved episodes in glorious 1080p high definition, with true high definition visual effects and digitally remastered 7.1 sound – or with the original audio. You’ll witness new picture detail and depth you haven’t seen before, and enjoy spectacular visual effects that have been painstakingly re-created from the original film elements…not upconverted from videotape! This “Taste Of TNG” is a glimpse of what the upcoming complete season Blu-ray releases of TNG will be like, and will transport you to the next level.

– “Encounter At Farpoint” – the groundbreaking pilot that started it all.
– “Sins Of The Father” – Back in the Klingon Empire, Worf faces a charge of treason, and defends his father’s honor.
– “The Inner Light” – Picard lives a lifetime – in an instant – on a long-dead planet, whose inhabitants want only to be remembered.

Star Trek: The Next Generation – The Next Level is currently available for pre-order through Amazon for $14.99.

All 178 episode are scheduled to be released in 1080p true high-definition, beginning with season one, later this year.

Watch the latest trailer below.