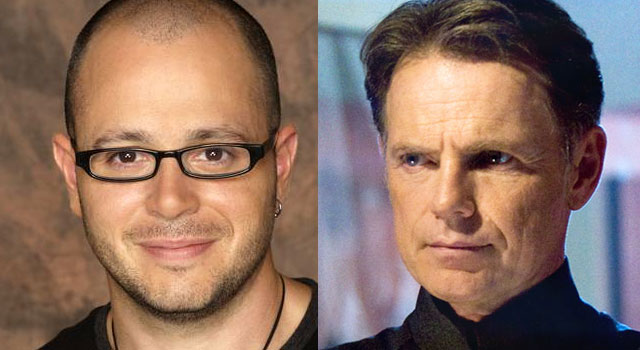 The Star Trek sequel began shooting last Thursday in Southern California. While the film won’t hit theaters until May 17, 2013, the fans along with the cast, the crew are already getting amped up for a return to the 23rd century.

This past week, actor Bruce Greenwood, who returns as Admiral Christopher Pike along with the film’s co-writer Damon Lindelof spoke to the LA Times about returning to Star Trek.

“The family deal that happened was just amazing,” said Greenwood. “I loved the first one and I loved making it too. Usually when you work on a job and you love the experience, it’s rare that the film matches the experience. You get one or the other but this was one of the few where it was all there. It was just great.”

“I was talking to Anton the other day and he was saying that they all got together on the bridge a few weeks ago and it was just like no time had passed at all. None. I had dinner with Chris a few months ago and he said he couldn’t wait to get back with the gang of people that makes this work. The same with me. They’re wonderful people and the show is like the icing. What’s great is the family. I know it’s an overused term and people roll their eyes but it really feels that way to me.”

The article goes on to quote Damon Lindelof discussing the script for the highly-anticipated sequel.

“Everybody’s got their script – all printed on red paper with every actor’s name stamped across every page — and their brown bag and we’ve all signed these releases that are as long as your leg. The script is good, as you would expect. You won’t be given anything by anybody when it comes to the movie. It’s easier to push the building than get anything out of anyone. We have a huge stage here, I haven’t seen it. It’s exciting.” Lindelof said.