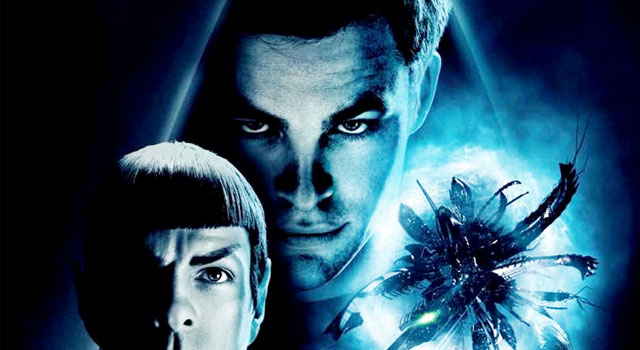 Production began last Thursday on J.J. Abrams’ Star Trek sequel. In a press release today, Paramount officially announced the start of production of the film, which will be released to theaters on May 17, 2013.

Paramount Pictures announced that principal photography has commenced in Los Angeles, CA on the sequel to STAR TREK from director J.J. Abrams. The film will be released on May 17, 2013 in 3D. The 2009 re-launch of the “Star Trek” franchise by Abrams was met with critical acclaim and a worldwide gross of over $385 million at the box office.

Jeffrey Chernov, David Ellison, Dana Goldberg and Paul Schwake are the executive producers. The director of photography is Dan Mindel, ASC, BSC. The production designer is Scott Chambliss. The film is edited by Maryann Brandon, A.C.E. and Mary Jo Markey, A.C.E. The costume designer is Michael Kaplan. The music is by Michael Giacchino.

Skydance Productions has a strategic partnership with Paramount Pictures which allows it to co-finance and produce several films per year with the studio. The first film to be co-produced under the partnership was the Coen Brothers’ “True Grit,” which was nominated for 10 Academy Awards© and has earned $250 million worldwide. Most recently, Skydance productions released the Paramount feature “Mission: Impossible-Ghost Protocol,” starring Tom Cruise, which has made over $460 million worldwide and growing. Upcoming films include “G.I. Joe 2: Retaliation,” starring Bruce Willis, Channing Tatum and Dwayne Johnson, set for release on June 29, 2012; “My Mother’s Curse,” starring Barbra Streisand and Seth Rogen, slated for release on November 2, 2012; “World War Z,” directed by Marc Forster and starring Brad Pitt, Matthew Fox and David Morse, set for release on December 21, 2012; “One Shot,” based on the best-selling novels by Lee Child, directed by Christopher McQuarrie and starring Tom Cruise, currently in production; the Untitled Star Trek Sequel, starring Zoe Saldana, Zachary Quinto and Chris Pine; and the Untitled Jack Ryan Project starring Chris Pine, to be directed by Jack Bender (“Lost”) and produced by Lorenzo Di Bonaventura and Mace Neufeld. Additionally, Skydance is producing, along with Alex Kurtzman and Roberto Orci, “Without Remorse,” written by Shawn Ryan.

Bad Robot was formed by filmmaker J.J. Abrams in 2001. The company has produced television series such as ALIAS, LOST, FRINGE, and PERSON OF INTEREST, and feature films such as CLOVERFIELD, STAR TREK, SUPER 8 and MISSION: IMPOSSIBLE GHOST PROTOCOL. Bad Robot is based in Los Angeles.

Stay tuned to TrekNews.net for all of the latest breaking news as production ramps up on the next installment of Star Trek!