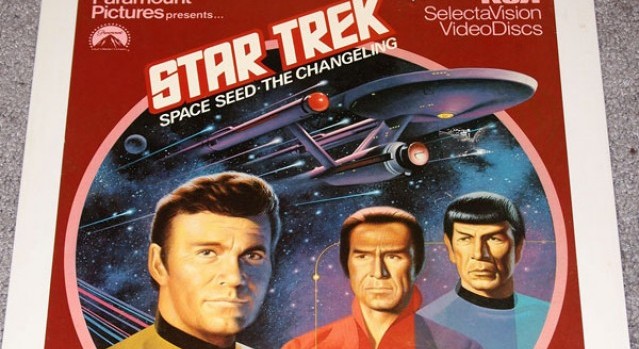 From 1981 until 1986, RCA marketed the precursor to the modern DVD known as the CED (Capacitance Electronic Discs) or VideoDiscs.

Star Trek episodes and films have always been a popular choice for new home entertainment formats, appearing as reel to reel films, BetaMax and VHS tapes, CD-ROMs, and DVDS among others. Star Trek‘s inclusion as one of the first CED titles back in the 1980s was a vote of confidence in the franchise by both RCA and Paramount.

A total of 11 Star Trek episodes and three movies, The Motion Picture, The Wrath of Khan and The Search for Spock, were available in this format during the five years that CEDs ruled home entertainment.

With this being the 45th anniversary of the first appearance of Khan Noonien Singh, we thought fellow fans would enjoy a nostalgic photo essay about the Trek CEDs.

These are photos of the fourth Star Trek CED which was available starting November 1st, 1982. It contained the programs “Space Seed” and “The Changeling” and was advertised as featuring the episodes that inspired the first two movies.

The cover design is interesting, as it displays heroic images of Captain Kirk, Mr. Spock, and Khan, and its larger than LP packaging makes for great presentation. 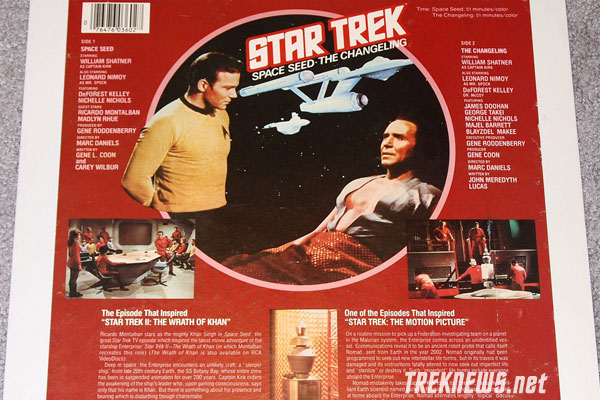 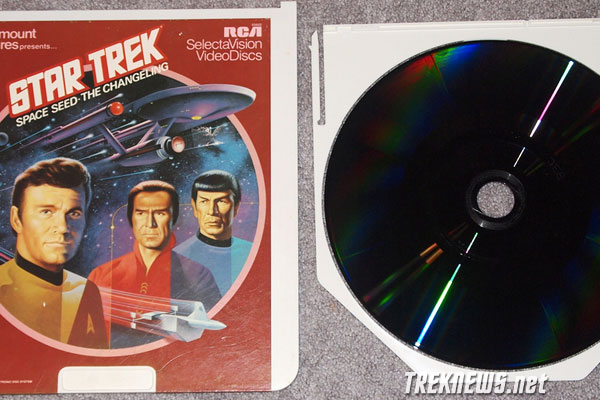