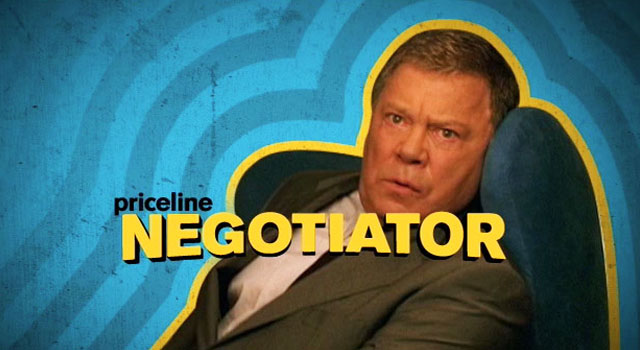 William Shatner, who has been a spokesperson for Priceline for almost 15 years, filmed his last commercial for the company late last year.

In the final appearance of Shatner’s “Priceline Negotiator” character, he helps a group of passengers escape from a crashed bus before it falls from a bridge into the water below.

In a final heroic effort of “negotiating,” he hands one of the passengers an iPhone with Pricelines app installed as he tells her to “Save yourself — Some Money.”