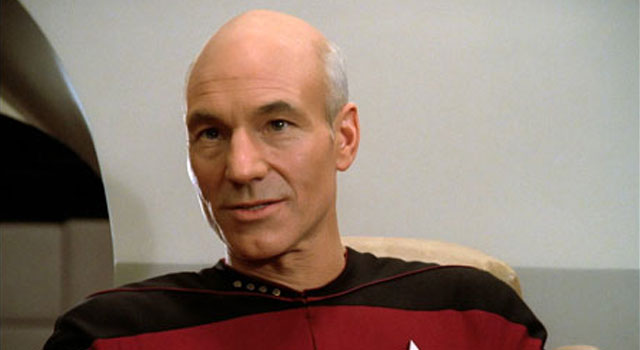 The Star Trek: The Next Generation Blu-ray sampler The Next Level is available starting today, January 31, 2012 and TrekNews.net has a review of the three episode collection.

There’s a lot to like about this sampler set, from its nearly immaculate 1080p high definition transfer to its digitally remastered 7.1 sound.

The show has never looked better and there is a marked difference between the previous DVD offerings and The Next Level. New details in the background and the brightness of the colors are two of the benefits of the collection. However, it is really in the special effects that the true potential of the format is revealed.

Unlike the previous remastering of the original Star Trek, the TNG set does not really include new effects. Instead, with Mike and Denise Okuda’s supervision, the original effects are used here, but taken directly from the original film. This is not a simple upconvert to Blu-ray. Instead, it is as if the show had been intended for the HD era all along and the results are spectacular.

The use of the original masters to create the DVD scene by scene is not only mind-boggling, but also shows the commitment that those working on this endeavor have. It is a tribute to all the original artists that we now get to appreciate the incredible detail of their work as never before. Michael Westmore’s makeup looks unbelievable, especially the detail on Worf. Whether it’s the lighting on 1701-D or the ability to see the true artistry of the Klingon home world, it’s almost as if seeing the effects for the first time. It is as resonate and dramatic a change as it was going from black and white television era to color programs. 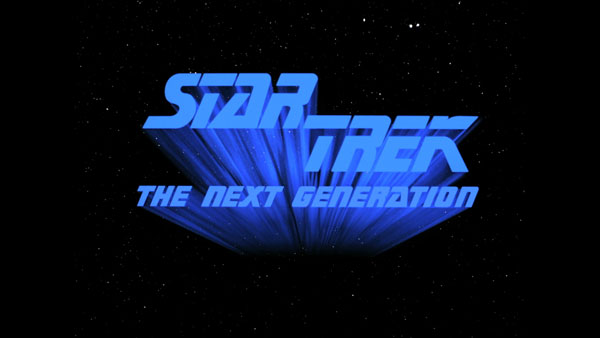 The Star Trek: The Next Generation title screen

The choice of episodes is somewhat odd for the sampler collection, however. It makes sense to include “Encounter at Farpoint” as it is the premiere episode. And while it is nice to see Kronos in “Sins of the Father” or the space probe of the “Inner Light” these are hardly effect heavy episodes. It perhaps would have been better to include something along the line of “Best of Both Worlds” or “Yesterday’s Enterprise” to really show how much better TNG is in the HD era. That being said, “Sins of the Father” and “Inner Light” are great introductory episodes for new generations of fans who may be interested in watching the show for the first time. Plus, there are plenty of matte paintings and other makeup and special effects to appreciate. Much appreciated is the inclusion of a “Play All” feature which was not included in the DVD collections. 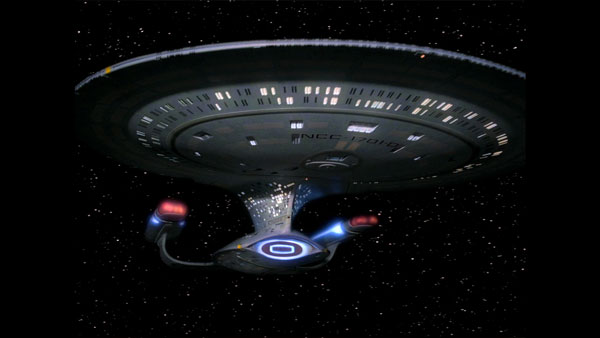 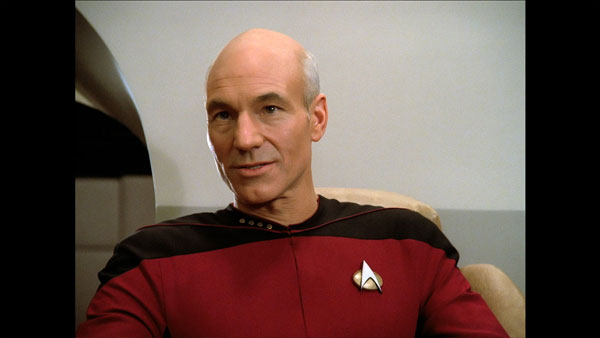 The bonus features consist of three trailers. The first is for the first season of TNG on Blu-ray which is promised for sometime in 2012. The trailer includes brief comments from Mike Okuda and others working on the show and it certainly is an exciting preview. The second is a commercial for the iPad Star Trek app, and the third is the preview trailer for the TNG HD conversion program which made it round the internet a few months ago.

There really is no better way to celebrate the 25th Anniversary of TNG than with this and future HD collections. It preserves, if you forgive the pun, TNG for future generations. 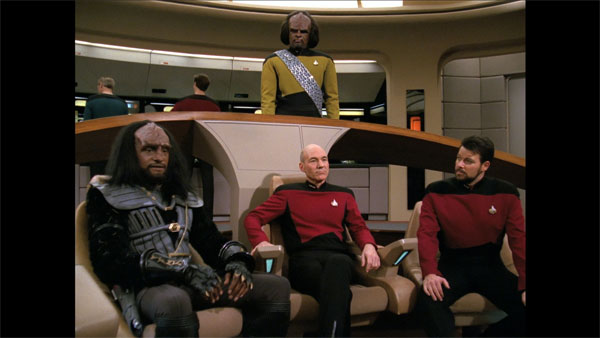 If you haven’t seen it already, watch the HD trailer for Star Trek: The Next Generation – The Next Level below.

The release is currently available on Amazon for $14.99.

Have you picked up your copy of The Next Level? Tell us what you think in the comments below.